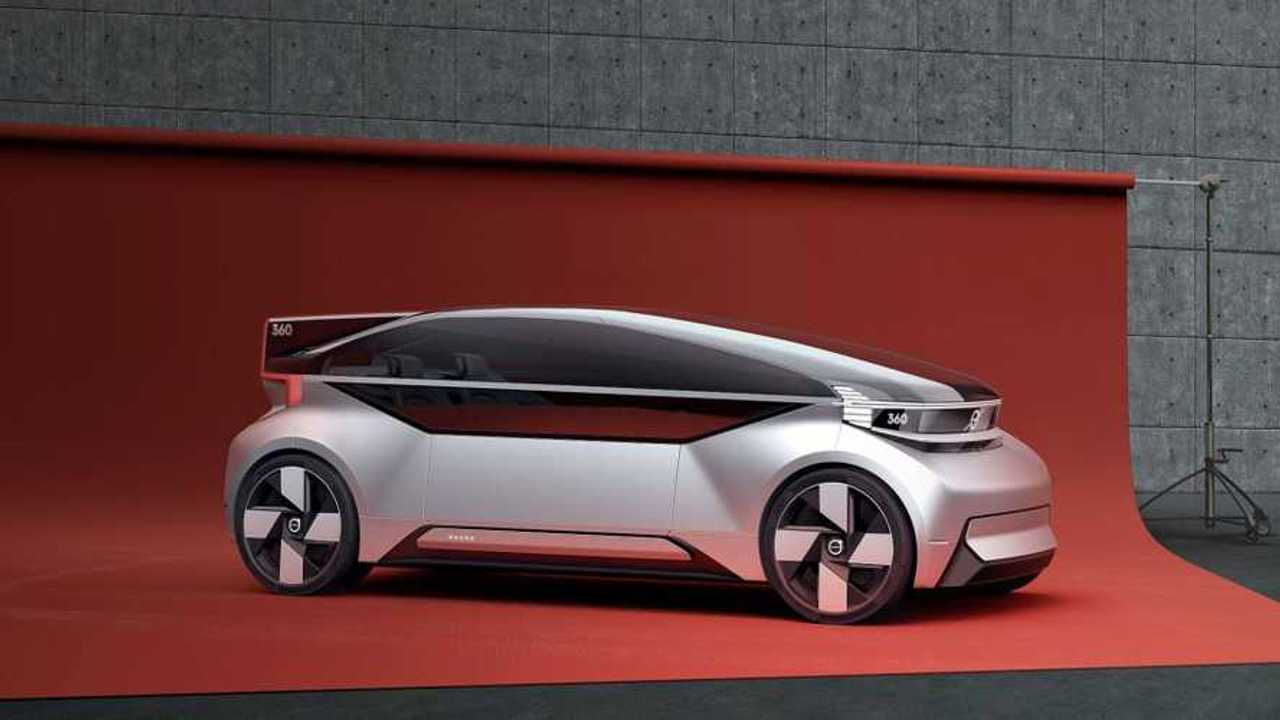 Volvo has a new fully autonomous electric concept car. Actually, the automaker emphasizes its 360c is fully autonomous, lacking any provisions for a driver to jump behind the wheel. That alone isn’t extraordinary; we've seen such futuristic layouts from manufacturers for years now. We’ve even seen autonomous cars with reconfigurable interiors, which the 360c also features. Volvo regards its driverless concept vehicle in a slightly different manner, however, and it’s a very curious thing indeed. Rather than shutting passengers around town, the automaker envisions the 360c as an alternative to air travel. Seriously? Yeah, seriously.

Volvo XC40 Electric Likely To Be Profitable If Priced At $50,000

Volvo XC60 B4, B5 Trademarks Could Hint At EV Versions

“Domestic air travel sounds great when you buy your ticket, but it really isn’t,” said Mårten Levenstam, senior vice president of corporate strategy at Volvo. “The 360c represents what could be a whole new take on the industry. The sleeping cabin allows you to enjoy premium comfort and peaceful travel through the night and wake up refreshed at your destination. It could enable us to compete with the world’s leading aircraft makers.”

That’s a pretty bold claim to make, and we’re not just talking about this wacky notion of premium comfort or restful sleep existing on a crowded airplane. Volvo figures its 360c could be a viable alternative to air travel over shorter distances once arrival times and security checks are factored in. The company cites several U.S. air routes such as New York to Washington or Los Angeles to San Diego as examples, though we suspect Volvo execs have never driven such congested corridors. Even a properly fast car would have a very difficult time making any headway through bumper-to-bumper traffic.

Then again, we don’t know how fast the 360c is. This is just an abstract concept vehicle, and Volvo doesn’t offer details on range or power. Instead, the company focuses on accommodations for passengers when driving isn’t a requirement. To that end, the 360c does offer impressive configuration and customization to suit a range of situations. For local routes, the concept can be set up as basically a rolling restaurant booth, complete with a touchscreen table. We also see it as a mobile office, and yes, for sleepy travelers on an overnight trip, it can transform into an autonomous roving bedroom.

Volvo certainly isn't the first automaker to showcase such a configurable driverless car. Challenging air travel on short routes, however, is a new angle and it poses an interesting alternative to the hurry-up-and-wait lifestyle that frequent flyers experience. That said, unless the 360c can conquer the problem of traffic congestion, we don’t expect to see driverless cars replacing regional flights anytime soon.