Range should be equal to its competitors.

When the Mercedes-Benz EQC 400 4MATIC launched yesterday, there was a palpable sense of disappointment among many observers. Instead of focusing on the fact that a significant player was launching a brand new all-electric vehicle in the popular crossover category, much of the surrounding discussion was focused its range, which was given in press materials as "up to 200 miles." Turns out that number should have been higher. Oops.

More on the new Mercedes-Benz EQC 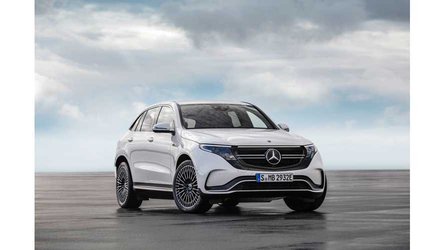 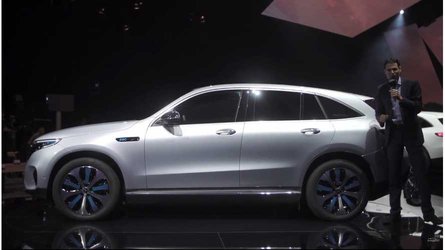 Contacted by Green Car Reports,  Mercedes spokesperson Michael Minielly advised that the 200-mile figure was a not right. Said he to the publication,

"Our colleagues in Stuttgart have advised us that the preliminary estimated range figure for the EQC of 200 miles for the U.S. market is incorrect. For now, we ask that you please use the 450-km NEDC figure (approximately 279 miles). The official U.S. range will be communicated closer to market launch."

So, that clears all that up, right? Well, not quite. the 450-kilometer (279-mile) number is rather meaningless. The archaic, wildly inaccurate NEDC testing procedure has been replaced by the much-better WLTP (Worldwide Harmonised Light Vehicle Test Procedure) and though it's still not as accurate as our own EPA system, it's a huge improvement. So, what might the range figure actually be?

Our own Mark Kane, familiar with how the different testing systems correspond with each other, estimates that the EQC will be given an EPA rating of approximately 222 miles. Seeing as the battery-powered Benz has an 80-kWh battery (usable — the actual capacity is probably around 90 kWh) and its efficiency stated as 22.2 kWh per 100 km (62 miles), we feel that this reinforces our estimate.

While the reality is even 222 miles can't be seen as a breakthrough for a vehicle only arriving in 2020, it certainly does roll off the tongue better than the original figure, and it does match up with its competitors. The Jaguar I-Pace is estimated by its makers to have an EPA range of 220 miles, downgraded from an earlier estimate of 240 miles, while its other two declared contenders, the BMW iX3, and Audi e-tron, both have ranges of 249 miles (WLTP).

The elephant in the room, of course, is the Tesla Model Y. Although the Silicon Valley automaker doesn't have the manufacturing capacity to even build the yet-to-be-revealed mid-sized crossover SUV, it is expected to (eventually) be based on the Model 3 platform and so will likely have a range of at least 280 miles. In our opinion, 300 miles should have been the target range for the established premium brands to hit if they really wanted to impress.

Still, with the distance on a single charge being so greatly improved over sub-100 miles of the first (non-Tesla) generation of lithium-powered electric vehicles, we think it makes more sense to focus on other aspects of the vehicles for now, since 220 miles is plenty of range for the everyday needs of the vast majority of customers. Ultimately, range will climb as battery technology improves, but for now, to torture an idiom, a 222-mile bird in the hand is better than two 300-mile birds in the bush.