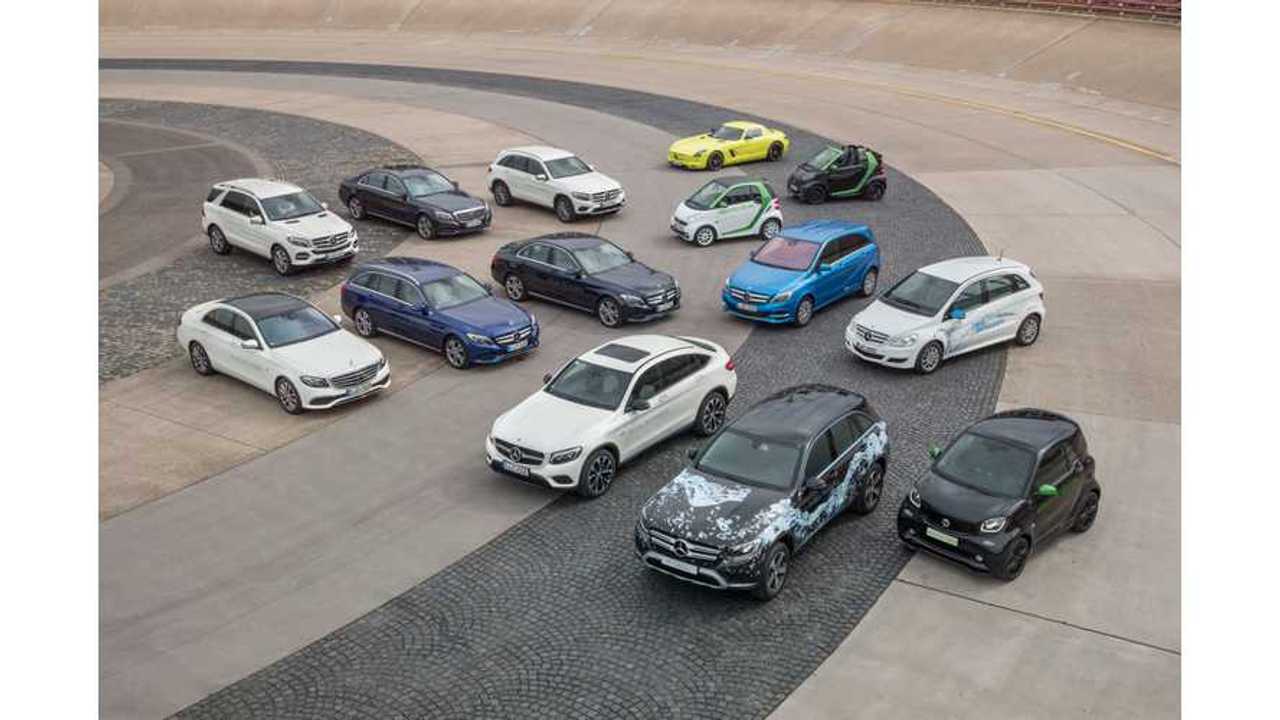 The current state of affairs at the German car industry giants - Daimler AG, BMW AG and Volkswagen AG - sort of resembles that first day of boot camp when the hardened drill sergeant comes into the dorm room at 4 in the morning and pulls off the fire alarm. In a nutshell, everybody's scrambling and for the most part, look like headless chickens trying to make themselves look useful. However, according to Bloomberg, just like the marine recruits, after a few months of proper testing and training, the German car industry is set to reinvent itself as an electric vehicle powerhouse.

According to a consultancy’s ranking of electric automakers, Daimler AG, BMW AG, and Volkswagen AG might soon close by or surpass Tesla in the EV market. The ranking comes from PA Consulting, a consultancy specializing in management consulting, technology and innovation. Their ranking system factors in the strategy, battery technology, culture, supplier networks, partnerships and financial performance into an overall score. While this couldn't be farther from reality (with the current state of affairs), the sheer might - engineering, design, production and financial aspects of the car industry. With that in mind, the German car makers are on a path to might swivel the odds in their favor within the next few years.

According to the forecast set by consultancy, Tesla is to remain the king of the castle to at least 2021. This is the time when the traditional rivals are set to flood the market with a variety of fully electric models, giving Tesla a run for their money. The forecast doesn't go easy on Tesla, as it weighs down the California based automaker with a fall to seventh place. The pecking order in 2021 should see Daimler firmly at the helm. The Stuttgart based vehicle industry giant is then closely followed by BMW, the Renault Nissan Mitsubishi alliance and finally, the dieselgate struck, but clearly not that hurt - Volkswagen - filling the list's last top spot before Tesla.

“Achieving CO2 targets and improving e-mobility performance go hand in hand,” Thomas Göttle, head of PA Consulting’s automotive business, said in a statement. “For the manufacturers, however, this also involves a great need for action in terms of organization and personnel.”

For Tesla, the highly-touted production issues, matched with an uncertain profit outlook, all played a major key in the lower ranking for the U.S carmaker, according to PA Consulting. However, there's a long way to go until 2021, and Tesla Motors may well turn the tide. Their production woes are slowly becoming less of a burden, new markets are emerging for the electric car maker and overall, the demand for electric cars is ever growing.

Looks like we'll find out in 2021 if this prediction turns out to be accurate.