Lithium batteries work pretty well at temperatures we humans find pleasant, but when it gets cold, like us, their performance wanes. The drop is basically down to the fact that various chemical reactions within cells follow the Arrhenius law. Now, it appears researchers at Penn State have figured out a way to circumvent this law, allowing fast charging at super cold temperatures. 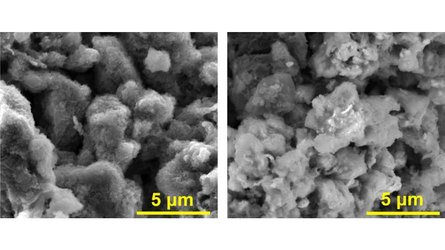 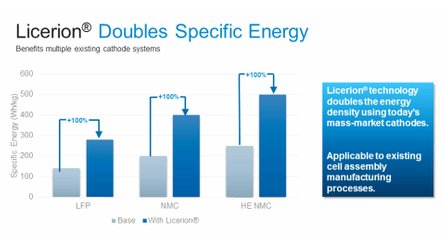 If you force a lithium-ion battery to fast charge in the cold at what are normal rates for room temperature conditions, you risk "plating" — instead of lithium ions from the cathode parking comfortably within a graphite anode's structure, they create a traffic jam and permanently block entry into parts of the anode (A more exact description of the interaction can be read here). Plating decreases the amount of energy a cell is able to hold, thus shortening its usable life.

Of course, the obvious solution involves warming the battery before charging, but the approach taken here is a bit more sophisticated. Basically, they've added thin nickel foil to the cell which serves double duty as both a sort of internal fast-heating element and a temperature sensor.  In their words:

Two pieces of thin nickel (Ni) foils are inserted into the cell, each located at ¼ cell thickness from cell surfaces. Each Ni foil is coated with thin polyethylene terephthalate for electrical insulation, and sandwiched between 2 single-sided anode layers. One ends of the two Ni foils are welded with tabs of anode layers and connected to the negative terminal; the other ends of the two Ni foils are welded and extend outside to form a third terminal, named activation (ACT) terminal. A switch is added between positive and ACT terminals.

Easy peasy, right? The team found that not only does the new configuration allow cells to be charged to 80 percent in 15 min at −50 °C, it greatly increased the cycle life of cells being charged at 0°C (32°F). Whereas a cell being charged at a medium-high rate of 3.5 C at the freezing point could only do about 50 cycles before losing 20 percent of capacity, the reconfigured cells could do 4,500 cycles, or 90 times.