Dendrobium 1800 HP Electric Hypercar To Be Built In UK 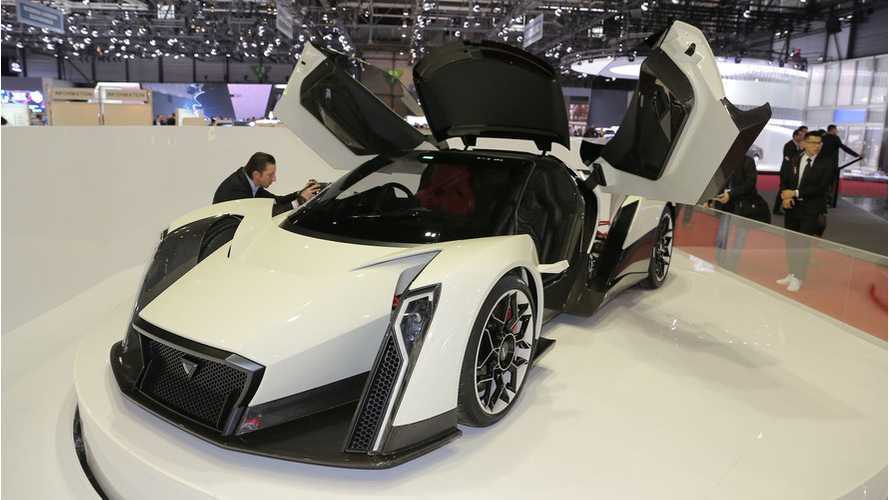 The Dendrobium D-1 electric hypercar concept originally debuted at the 2017 Geneva Motor Show with a futuristic design and promises of insane performance. After going quiet for a while, the automaker now announces plans to build a production version in the United Kingdom, and the firm claims that the machine makes an unfathomable 1,800 bhp and 1,475 pound-feet of torque. Dendrobium intends to reveal details about the range and rapid charge time later. Folks in England can take a better look at the D-1 at the upcoming Salon Privé show at Blenheim Palace from August 30 to September 1.

Development of the D-1 is still underway, but Dendrobium Automotive is targeting a weight of 1,750 kilograms. The entire body would be carbon fibre, and it uses what the firm calls a Protocellcarbon tub. The machine also features bizarre doors that open up and outward in what the automaker calls a Bio-Aerial Locomotion design. The layout takes inspiration from the shape of dendrobium orchid that's native to Singapore.

Dendrobium doesn't offer any performance benchmarks, but info from the debut at Geneva puts the benchmarks at reaching 60 miles per hour in 2.7 seconds and the ability to hit over 200 mph.

'Using the very latest technology, we are developing, what will be, the most impressive all-electric hypercar. We are designing our own in-house all-electric powertrain and we plan to use our own power storage cells moving to Solid State as and when the technology is reliable and financially viable,' Nigel Gordon-Stewart is Chairman and CEO of Dendrobium Automotive Limited said in the announcement of production in the UK.

Vanda Electrics, a firm from Singapore, came up with the design for the D-1 in the mid-1990s, but the machine didn't make the transition to three dimensions until 2016 when Williams Advanced Engineering created the show car that went on display at the Geneva Motor Show.