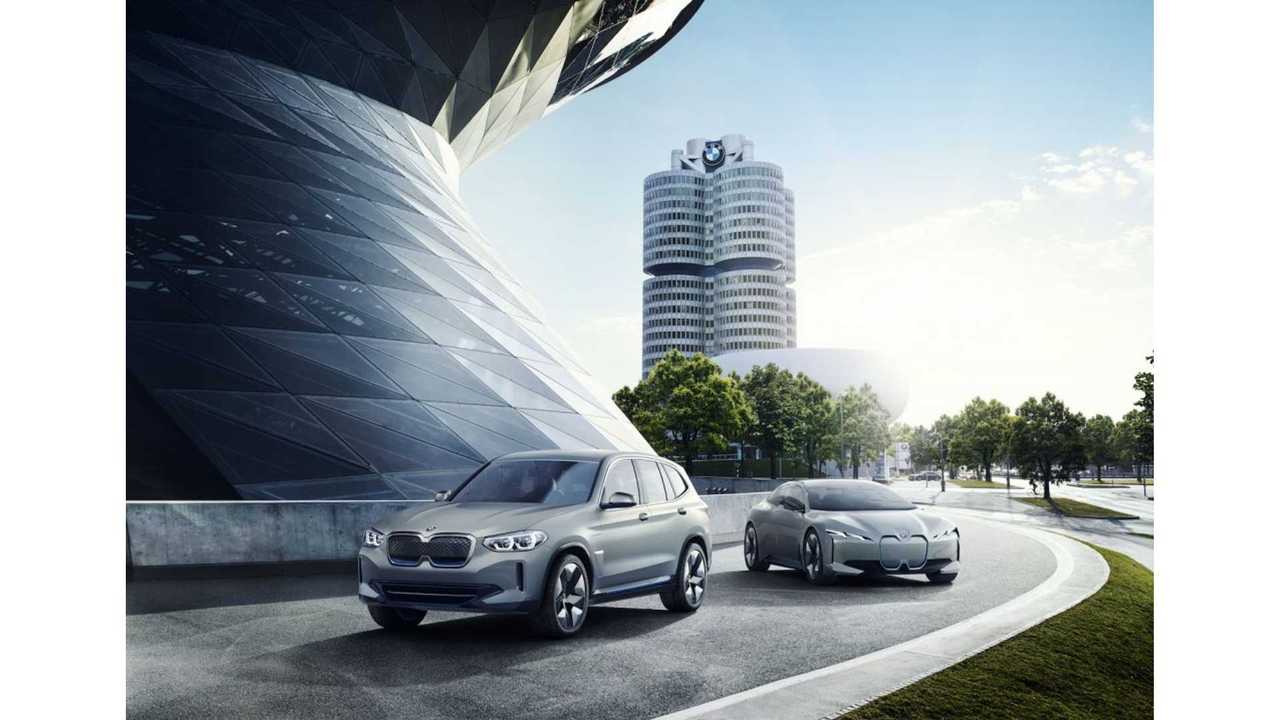 BMW expects that by the year 2025, between 15 and 25 percent of the cars coming from the Bavarian-based car maker will have electric drivetrains

There are two major gripes that come from the old guard of car makers in regards to fully electric vehicles: one is the cost, and the other, the uncertainty of every country's political system, holding down the fragile incentives programs that may or may not continue in the same fashion going into the future. For new kids on the block - such as Tesla - a much more straight-cut system was needed, as the company didn't have to make the necessary switch from ICE (Internal Combustion Engine) cars to electric vehicles in their production facilities.  Something that can't be said for the legacy car makers, playing catch up with the California based automaker.

In turn, this means that anyone willing to develop fully electric vehicles needs to put a huge amount of resources into their development, but can't really be sure how likely they are going to sell various markets. The same can clearly be seen from the latest examples, coming from the markets with frequently conflicting regulatory requirements that are prone to sudden changes - like we've seen happen in Ontario last week.

For some automakers - like Jaguar Land Rover and the Volkswagen Group - developing a standalone EV-specific vehicle platform is the path they've chosen to take. While it costs more, in the end, it provides a much better solution for a battery-powered electric vehicle. For some, however, developing a far simpler approach is key to their future. And as you've guessed it, BMW is taking the latter path for their upcoming model range novelties.

The upcoming Fifth Generation architecture from the Bavarian car maker will arrive in two closely related versions. It is slated to underline every new vehicle coming out of their production facilities, regardless of what power source it uses. For BMW, having a modular architecture that supports an ICE (Internal Combustion Engine) powertrain, an electric powertrain or a combination of both, is key for the company's success in the future car market. The only significant split that we'll see is between vehicles that utilize either a natively front-wheel drive (the FAAR platform) or the natively rear-wheel drive (CLAR) platform - like the current BMW 5 Series. Furthermore, this will be blurred in instances where both platforms need to support the respective all-wheel drive vehicle variants, further complicating things for the Munich based car maker.

Even BMW admits this is an all angles covered approach. Conceived as a child of uncertainty in both incentives and general adoption rates of EV vehicles across the world, it's a safer approach than going all in with a clear-cut EV architecture.

“We assume that, by the year 2025, something between 15 and 25 percent of the cars we make will have electric drivetrains,” Oliver Zipse, BMW’s board member for production, told Car and Driver. “But it could be 40 percent, or it could be only 10 percent.”

For BMW, China will be the most fruitful market for their EVs. Chinese are quickly replacing ICE and hybrid vehicles for those full electric on a grand scale - mostly, out of necessity due to the air pollution problems. The other markets may or may not follow suit and the United States - BMW's biggest market worldwide - is rather slow to embrace fully electric vehicles. Since nobody can be quite sure of EV adoption rates, the flexibility of this architecture gives BMW a lot more breathing room.

While BMW doesn't need to put up tents and announce production numbers every week, it still needs a very detailed oriented production plan to keep up with the demand. According to Zipse, the company always looks ahead and plans for the anticipated sales volume for every future model in a three to four week period before they go on sale. In turn, this means that splitting production facilities among the different architectures would “inevitably lead to either underutilization or overutilization, and in extremes mean that we cannot fulfill market demands.”

For all vehicles that are designed under the Fifth Generation platform, there's a blank underfloor space left for the batteries. For its future vehicles, the Bavarian car maker plans to add flat battery packs with scalable sizes. In turn, this will allow them to easily switch from high-performance battery packs for their more engaging models, all the way to taller models for SUV's. BMW's head of electric drivertrain development, Stefan Juraschek, confirmed that different-capacity batteries will be offered for different BMW models.

BMW states that the new electric architecture will allow them to offer up to 62 miles (100 kilometers) range for PHEVs and up to 435 miles (700 kilometers) for fully electric vehicles. For customers, a similar system to one used on petrol and diesel cars will be used to differentiate the different versions of the car. For example, the entry level could be the 30e system, while the more powerful and muscular versions could go up to 40e and 50e, depending on range, power and handling prowess.

Clearly, BMW is taking the safer approach. For a company of its size and stature, it's completely expected. With their direct competitors like Lexus even talking about not going full-on into the EV market, this might prove to be the best transitional plan from any big legacy car maker out there concerning electric vehicles altogether.