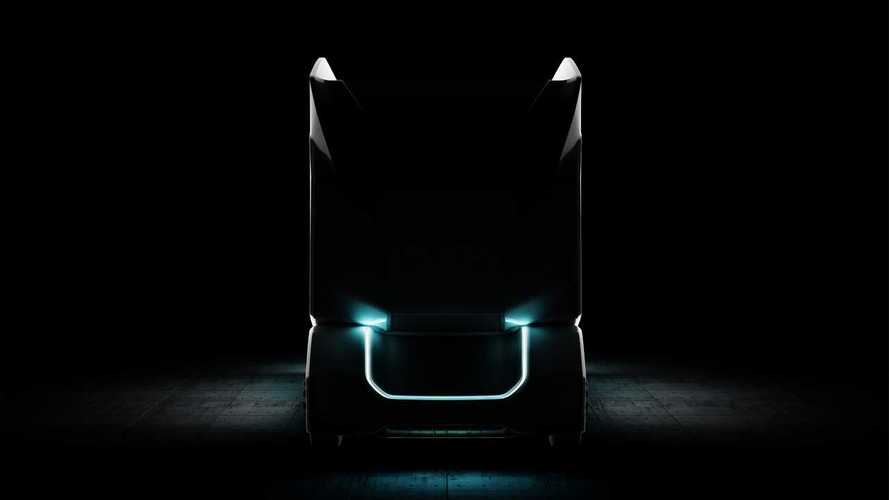 The Goodwood Festival of Speed is a marvelous place where every year, thousands of spectators arrive to see what the car industry's finest have to offer. The 2018 Festival of Speed celebrates the event's 25th anniversary: "Festival of Speed - The Silver Jubilee". The first Festival, held back in June 1993, redefined what a car event could be, and, in the years that followed, firmly established itself as the world's greatest celebration of motorsport and car culture.

While supercars and luxury high-performance machines alike bring most of the spectator base, there's a lot of different vehicles being showcased at this event. Yesterday, a Swedish tech start-up Einride revealed its latest product: The T-log, an autonomous, all-electric logging truck. Developed with some impressive off-road capabilities, the vehicle is designed to be a powerful logging truck that's perfectly adapted to the forest environment.

Robert Falck, CEO of Einride, said: “Einride is constantly pushing the boundaries of autonomous and all-electric vehicles in our ambition to lead the transition to a sustainable transportation system. With the T-log, we’ve created a vehicle that can withstand the rigours of a demanding environment. It is uncharted territory for us, but also an enormous market for battery-powered AVs.”

If a tree falls in a forest and no one is around to hear it, does it make a sound?

According to E/NRIDE's press release, the T-log is capable of SEA level 4 self-driving, thanks to the Nvidia Drive self-driving platform. The vehicle doesn't have a driver in its cab, but it can be remote-controlled by a human operator located literally hundreds of miles away. This is possible thanks to the Phantom Auto teleoperation safety technology. Designed to be a robust and minimal latency telecommunications even with 4G, we can see its usage in various demanding industries like logging, mining and similar.

Thanks to a driverless cab, the vehicle is small, comes with improved loading capacity and offers greater flexibility. Additionally, this results in lower production & operating costs. The energy consumption is also optimized - thanks to no air conditioning, heating or any other human comfort systems needed - making for a more efficient vehicle, able to run solely on batteries, even in difficult environments.

More About Self Driving Vehicles

Tesla Confirms Use Of Self Driving For Future Service Center Repairs

E/NRIDE's T-log is connected to an intelligent routing software. it provides the autonomous electric logger with real-time traffic data, allowing it to adjust its route to avoid congestion miles ahead. A fleet of T-logs will be coordinated by an intelligent routing system, optimizing delivery time, battery life and energy consumption, making the transport as efficient as possible.

“The driver’s cab is what makes trucks expensive to produce, and having a driver in the cabin is what makes them expensive to operate. Remove the cabin and replace the driver with an operator who can monitor and remote-control several vehicles at once and costs can be reduced significantly. In addition, operating a vehicle from a distance allows for a much better working environment, as has already been demonstrated in industries like mining.”

The T-Log doesn't emit any greenhouse gases or toxic nitrogen oxides, which makes it an environmentally and health friendly alternative to diesel powered trucks. Thanks to a magnitude of cameras, lidars and radars, it has 360-degree awareness of its surroundings – meaning no blind spots, no dead angles. This provides an additional layer of safety,  making even the situations involving human operators in different logging situations a much more secure operation overall.

“Heavy road transport is responsible for a substantial part of global CO2 emissions. Add to that the tens of thousands of people who die every year from NOx pollution – effectively poisoned by diesel fumes – and you have every reason to look for a more sustainable alternative. The T-log eliminates those emissions entirely, by replacing diesel with electricity. Technology has progressed to make it happen. And because it can be done, it must be done.”

Surely, the E/NRIDE T-Log represents a new breed of industrial vehicles, designed to allow humans to avoid dangerous work environments. While some will scream murder due to job loss, there's still going to be literally dozens of situations every single day, where a human operator will need to step in to solve a complex problem. Even if we remove that layer of human involvment, not working in clearly dangerous logging situations, allows humans to concentrate on more complex & fulfiling tasks and jobs altogether.