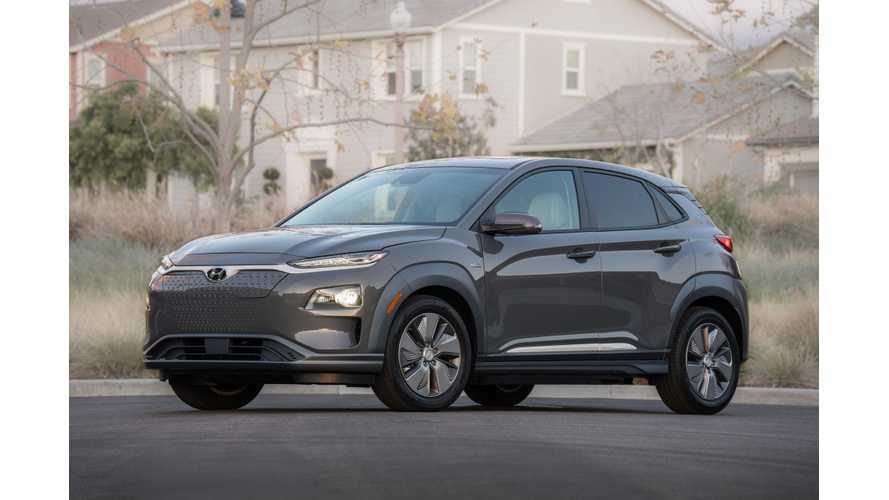 If you reside in the Great White North and are anxious to be among the first to acquire a 2019 Hyundai Kona Electric after it launches, it's time to pony up a bit of cash. The website of Hyundai Canada is now accepting pre-orders with a $1,000-deposit. This should secure you a place in line ahead of its arrival near the end of 2018. It is quite likely demand will far outstrip a limited supply for this first model year, so speed is probably of the essence.

While it hasn't yet been officially announced whether Canada will get both battery options, we suspect that, like the U.S., they will only be able to purchase the variant with the larger 64 kWh battery. The Canadian Hyundai website only speaks of the Kona Electric offering 400 km (248.5 miles) of range.

South of the border, meanwhile, plans seem still fuzzy. There's been no official word from the U.S. communications team about pre-orders, so we called up a dealer in California to ask about deposits there. The gentleman we spoke to knew of the car, but said the dealership wasn't collecting deposits at this time.

Our advice: if you live in California or one of the CARB states where the Kona Electric may be offered,  contact your dealer and make sure a salesperson is ready to help you snap one up the moment they become available. If the response to the car on our shores is anything like the one in Norway, the U.S. allotment won't last long.