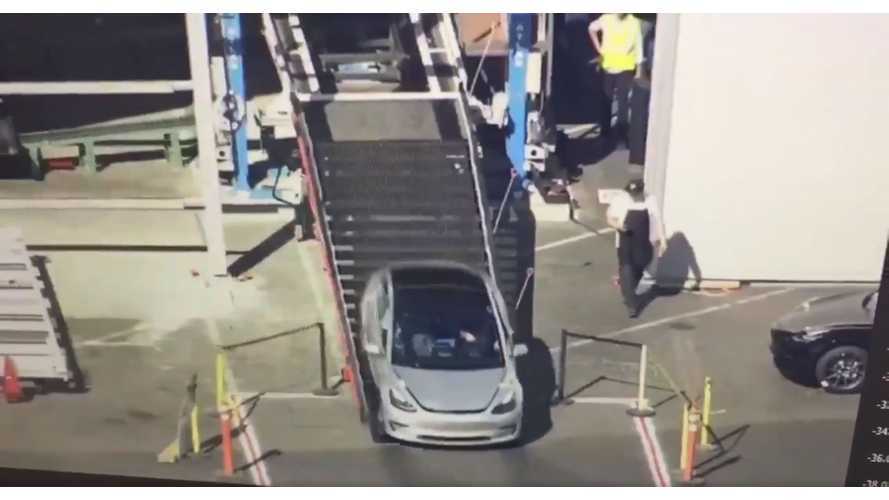 There has been much talk surrounding whether or not Tesla can keep up its newly achieved Model 3 production rate.

Many people have argued that Tesla went to great lengths to hit its production goal of 5,000 Model 3 vehicles per week by the end of June. This makes perfect sense since the automaker built a tent, shipped in new robots on six airplanes, and employed all the extra bodies it could. Not to mention other tactics, including changing testing procedures and running "burst" builds.

Several well-known critics and stock market analysts insist that Tesla's 5,000 per week Model 3 production rate is not yet something that can be sustained. With these doubts came a drop in Tesla's stock price shortly after it had been up at near-record highs.

Can Tesla beat the odds?

According to Teslarati, Bloomberg's Tesla Model 3 tracker is showing trends that may prove the naysayers are wrong. While the tracker isn't equipped to do a solid job estimating daily or even weekly production, it has been pretty accurate over the long term, as well as being one of the better sources out there when it comes to predicting what lies ahead. In fact, it was only off by 2 percent from Tesla's reported Q2 figures.

As of the time of writing, the tracker shows that Tesla is building 4,033 Model 3s per week, while last week's number was at 4,395. However, just the other day, the system's estimation was showing a build rate of 5,187 vehicles per week. As you can see, it fluctuates significantly and can provide a completely different number on any given day. Averaging all of this together and looking at trends, Teslarati believes that Tesla could be in a position to produce some 5,000 Model 3s per week for the remainder of July.

With the automaker pushing to show a profit and opening up the configurator to non-reservation holders, it appears the goal is to churn out as many cars as possible and get them delivered quickly. Many of these cars will soon be the higher-margin dual-motor variants, which will work to help the situation considerably. There's also the potential for the federal tax credit to begin its phase-out. This means it's in Tesla's best interest to crank out a record number of vehicles during Q3.

Even if 5,000 Model 3 sedans per week proves to be a stretch, with the amount of Model 3s the automaker had in transit at the end of Q2, along with the increased sustained production rate, it will be no surprise when Tesla announces record-breaking production and delivery numbers in the coming months.