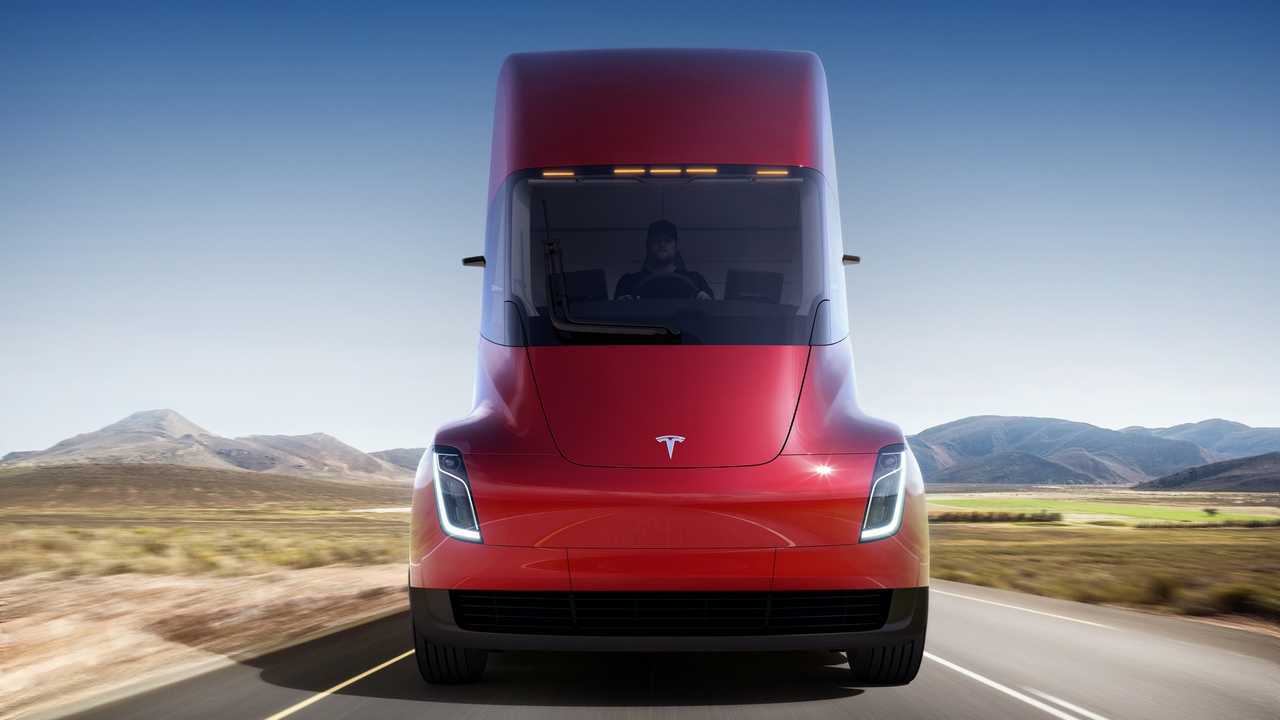 TESLA SEMI: VIDEO REVEALS 26 CAMERAS AND A 'SLEEPER' IN THE WORKS

Recently, a few lucky Tesla enthusiasts spotted and filmed the Tesla Semi in Colorado revealing some intimate details about the electric hauler.

UPS Rides In Tesla Semi: Seems Impressed By Its Smoothness

The state of Colorado is at least 1000 miles (~1600 kms) from the Gigafactory and Tesla seems to be testing the Semi for longer trips besides Gigafactory, NV to Fremont Factory, CA cargo trips which have been documented previously.

Erik J. Martin first spotted the Tesla Semi at the Brush, Colorado Supercharger Station (video below) where the truck driver, engineers and staff were more than happy to answer questions regarding the electric truck.

The Tesla Semi currently uses the existing Tesla charging infrastructure and needs to plug into at least four Supercharger stalls to power up its battery pack(s) — ultimately the Tesla Semi will have its own Megacharger network to support fast charging for this beast.

The video also reveals that the Tesla Semi prototype currently has 26 cameras onboard. This set-up is used for experimenting with optimal camera positions. The staff there also revealed to Erik that Tesla is going to build the ‘sleeper’ feature soon — probably by extending the cabin toward the rear end.

Erik posted the following new details about the Tesla Semi (via his video description):

This version is a “Day Cab” with a 300 mile range and it takes 30 min to recharge when it has adequate power. Currently it is using the Supercharger Network, but will utilize its own MegaCharger Network when it hits production. Tesla will be its own first customer and the initial truck sales will be to itself to relieve the financial burden in transporting materials from the Gigafactory.

This one-off Alpha prototype is made of carbon fiber. It has approximately 26 cameras around it for Autopilot, which will be a lower number once the truck design is final. This one has extra cameras so they can experiment with camera placement for optimal use in its driver assistance suite.

It’s also important to note that the Tesla Semi will not be ‘full self-driving’ for a long time outside of utilizing the radar and camera functionality for Autopilot use on the highways. At this time, the Tesla Semi will require a ‘driver’ inside to perform certain tasks. Therefore, it doesn’t appear (at this stage) to be a threat to semi truck driver jobs.

Another detailed video of the Tesla Semi was shot by Sean Mitchell (of Model 3 hypermile record fame) which shows close-ups of the cameras, door handles and more as he got a better chance to film the truck while it was isolated and stationary.

It was thought that there were around 600 pre-orders placed for Tesla’s Semi Trucks as per public knowledge. However, Elon Musk revealed in the 2018 shareholder meeting that the internal count was closer to 2,000 Tesla Semi pre-orders at that time.

The opportunity to reduce costs for the trucking market has proved attractive for many corporate customers. Nevertheless, it's also refreshing to see companies like Anheuser Busch, UPS, Walmart, and Bee’ah take a keen interest in the zero-emissions Tesla Semi for the sake of the environment and cleaner air for future generations.