You'd think Challenger owners would learn that trying to beat a Tesla on the strip is not a wise choice.

There's sort of a strange rivalry between the Tesla Model S and the Dodge Challenger. The reason we say strange is that it really makes no sense for a number of reasons. But hey, it's two very fast cars that are most successful in a straight line and offer plenty of passenger and cargo space in comparison to most track cars. 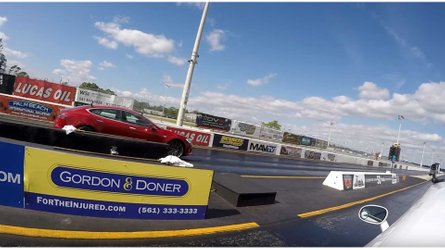 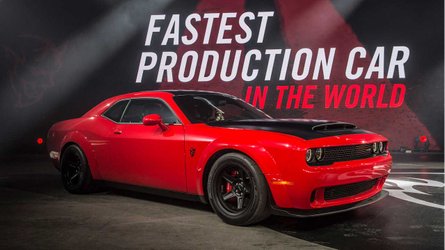 Nonetheless, time and time again we see this matchup resurface. Dodge went so far as to produce an even quicker variant - the Demon - in an attempt to finally top the Tesla Model S P100D, but when it didn't seal the deal, the automaker added a disclaimer, which all but admits that the Tesla is quicker.

In this particular race, the matchup is a bit different. The Tesla Model S is a P85 (rather than the top-of-the-line P100D) and, similarly, the Challenger SRT 392 is the lesser sibling of Dodge's Hellcat and Demon variants. Still, its 6.4-liter V8 engine churns out 485 hp and 470 pound-feet of torque. It's often a champion when it comes to drag racing ... unless there happens to be a Tesla in the house.

As you can see in the video above, the SRT gets a solid start. How much difference does that make in the end?