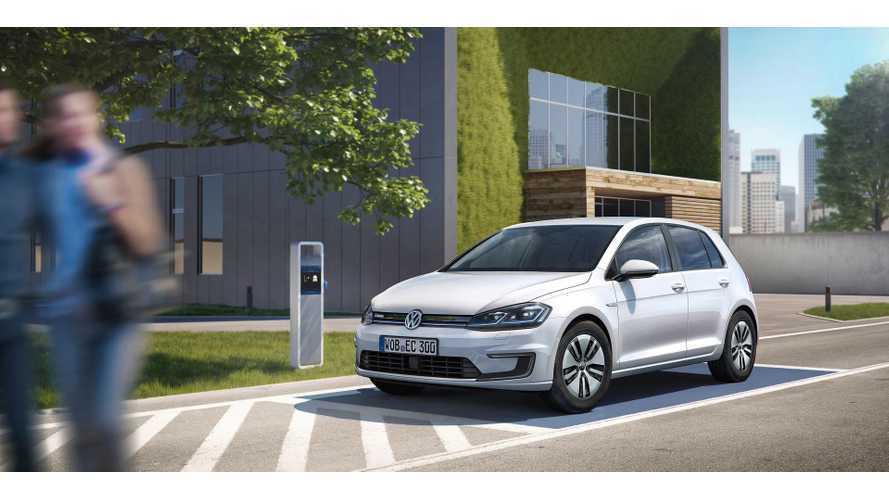 While there is no silver lining for Volkswagen, the settlement will directly impact the rise of electric vehicle adoption rates across the United States

The total for the emissions violations fines the Volkswagen Group will have to pay is well over $30.4 billion (26 billion euros). While seemingly there is no silver lining for the car maker, the whole situation is helping fuel the rise of electric vehicles, buses and charging station nationwide. Consequently, this is s a clear-cut signal that by proper implementation of rules and relations, we might actually be able to keep in check even the biggest corporations in the world.

Furthermore, almost $3 billion stemming from the settlement will be dedicated strictly to the funding of efforts aimed at cutting diesel engine pollution. Therefore, it will be interesting to see how particular states nationwide are spending the appropriated amount from this settlement.

For the most part, it's up to the local governments and officials to decide what to do with the money. However, there's a catch; almost all the funding must be used to reduce the levels of nitrogen oxide, with only 15 percent of the entire sum will be allowed to be used for electric-vehicle charging infrastructure. The settlement requires that specific states receive a settlement in conjunction with how many Volkswagens with emission-test-cheating software were registered within their borders. For some, that means a hefty one-time boost to their energy and environment saving efforts.

The list of funds available is topped by the state of California with $422.6 set to receive. For the most part of the last decade, California has been at the forefront of the ecological game and the most progressive state concerning reducing emission rates. Next in line is Texas, with $209.3 million. Both states will thus receive a hefty financial boost in their ecology related projects and budgets. The states are required to spend the money in a 15-year timeframe, per a plan laid out in detail.

For more than 10 states, the long-term plans on spending the funding in question have already been finalized, as reported by Sierra Club - an environmental organization tasked with tracking this effort. Most have their goals set at renewing public service vehicles and improving directly related infrastructure projects (eg. installing charging stations).

California is planning to spend most of its money on replacing heavy-duty trucks, buses, and other commercial vehicles and heavy industrial equipment with newer, zero-emission models. The state also plans to invest heavily in electric vehicle charging stations and into additional efforts to reduce emissions at freight facilities. For example, this may include power grids set up at ports, allowing ocean-going container ships to utilize cleaner electric power for their power needs when docked, instead of relying on burning heavy bunker fuel.

Pennsylvania will mostly focus on its most densely populated areas - Philadelphia and Pittsburgh - to reduce nitric oxide pollution. This will directly affect areas where some of its most impoverished citizens, living in what can be considered the poorest neighborhoods of said cities, tend to be disproportionately affected by air pollution. Additionally, Pennsylvania plans to retrofit diesel-burning locomotives, marine engines and other equipment that pollutes the air with eco-friendly, modernized solutions. Since most of such facilities are located near or adjacent to urban areas with low-income housing, this will directly improve the air quality of its most fragile group of citizens.

The northern state is slated to receive $47 million as part of the settlement. The state intends to spend the majority of the money on grants to local public services and private business. The grants will then be used to help replace literally hundreds of diesel-powered school buses, ferries, tugboats and other heavy-duty vehicles producing the harmful nitric dioxide. In turn, Minnesota might be one of the first states in the U.S. to have a large electric bus school fleet, showcasing what the future holds for the people who will be the most affected with air quality issue problems in the future. Finally, the state plans to develop approximately 65 electric vehicle charging stations, improving its infrastructure towards electric vehicles.

Georgia plans to spend its $63.6 million awarded in the settlement mostly on public projects. This includes obtaining a fleet of electric buses and vehicle charging depots. For example, the state plans to replace terminal-to-terminal shuttle buses at the Hartsfield-Jackson Atlanta International Airport with eco-friendly electric versions. With Atlanta handling well over 100,000,000 passengers per year, this move will greatly help to reduce the pollution in the adjacent area.

Connecticut plans to spend its $55.7 million that the state is set to receive in two distinct ways: First, the state plans to spend $7.5 million of the total amount on various grants that will help improve their public services fleets. Mostly, this means that either fully electric or hybrid school and city buses - considered a big source of nitric oxide pollution - will be purchased. Second, the state will follow the path beaten by other nationwide local governments and improve its electric vehicle infrastructure and other respectable eco-friendly areas.

"This is a landmark moment," Mary Nichols, chair of the California Air Resources Board, said in a statement. "Over the next 10 years, this plan will put in place not only tools to clean up VW's excess emissions, but also to help achieve further reductions of smog-forming pollution for decades to come."

Additionally, Connecticut Governor Dannel Malloy said reducing vehicle emissions is key in the fight against global warming. "While it will be impossible to offset the entirety of pollution that resulted from VW's emissions cheating," he said, "the release of these funds will help to improve air quality and protect public health in Connecticut."