A European automotive testing authority reports that the Tesla Model S failed to stop in its braking simulation.

According to the Luxembourg testing and standardization authority (ILNAS) - as reported by Luxembourg Wort - the Model S was unable to stop for a dummy car while traveling only 30 km/h (~19 mph). The agency released photos of the testing, but reportedly did not forward details of the test to Tesla. Additionally, the situation surrounding the test was surely vague and interesting. 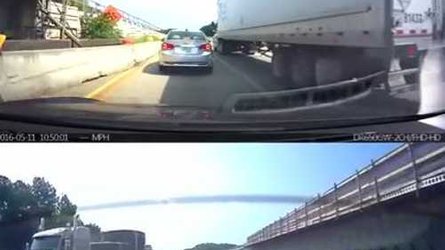 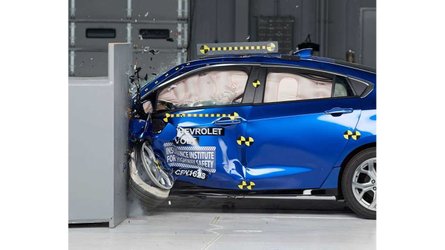 Interestingly, this test was performed using a 2015 Tesla Model S with first-gen Autopilot hardware. Surely the model year of the car doesn't explain why the test results were negative, but it's an important detail to divulge. This is especially true since it's a used car and the 2016 and 2017 Model S both received the top rating of 'Superior' for front crash prevention from the U.S.-based Insurance Institute for Highway Safety (IIHS).

The tests were performed in front of the media and also included a 2018 Volvo S90. An old used Tesla versus a brand new Volvo? This is an uneven situation to invite the media to report on. While the Tesla didn't stop for the dummy car at the slow speed, the S90 stopped at 60 km/h (~37 mph).

Electrek reached out to Tesla for comment. The automaker explained that ILNAS hasn't disclosed the testing details. So, Tesla can't move forward in confirming whether or not the results are justified. A spokesperson shared (via Electrek):

ILNAS has refused to share the details of the test with us, including the test protocol, and therefore we’ve been unable to confirm that the test is valid or accurate. While we were not consulted by ILNAS in advance and only learned about the test through the media, we have obtained the vehicle identification number of the test car used and see it was built in 2015 and is registered as a rental car in Germany. We will continue to investigate to understand how the test was conducted and if it was done properly.

In related news, the Tesla Model 3 was recently tested by the IIHS as well. It also earned a Superior rating for front crash prevention. The sedan stopped successfully for the low-speed test (12 mph) and the high-speed test (25 mph).