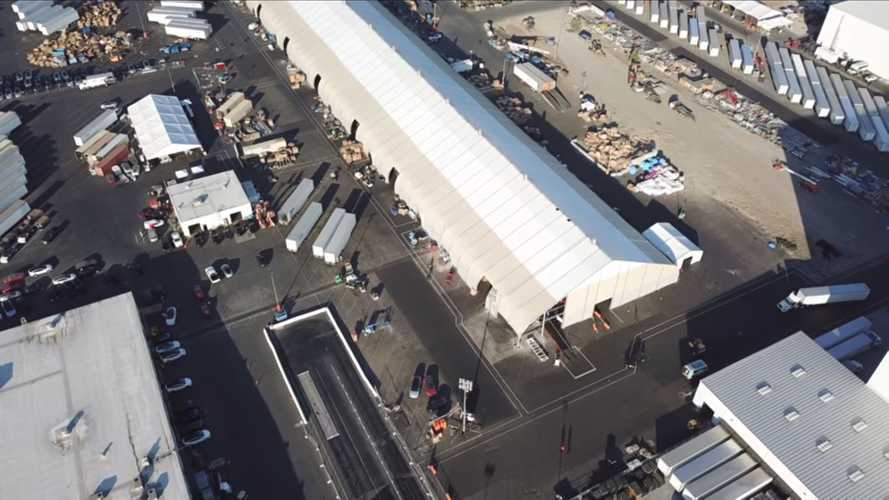 With Tesla Model 3 expanding worldwide availability next year, would temporary production facilities be a good move?

For years, China was a relatively minor market for Tesla. But this changed in a big way when Tesla sold approximately 17,000 Model X and Model S in 2017. This placed China behind the United States and Europe as the 3rd largest market for the American automaker. With the Chinese push towards cheaper, longer range electric vehicles, the Model 3 and future Model Y are expected to perform even better. Unfortunately, with the newly announced Gigafactory 3 at least two years away, Tesla will continue to be at a disadvantage. The 25% auto import tariff currently still applies. In addition, no Tesla currently qualifies for generous subsidies in the country.

Panasonic Could Make Battery Cells With Tesla In China

These financial factors have less of an impact on demand for the already high priced Model X and S. But for the more affordable Model 3, this could be an issue. In order to avoid being subjected to this tariff, the vehicle would need to be assembled in China. In order to be allowed the privilege to assemble your vehicle for sale in China, automakers are required to enter into joint ownership partnerships with Chinese automakers. For years, Tesla resisted this idea. However, their position might have changed based on a recent statement by a Shanghai official.

While the Gigafactory 3 process gets rolling, it might be wise to baby step into Chinese production. One way to do this would be to purchase and re-purpose an existing factory. Or another potentially cheaper way might be to construct a series of Sprung structures (or other temporary facility) similar to the one recently set up in Fremont. Initial upfront cost of such a structure would be smaller than the "largest ever foreign-invested manufacturing project in Shanghai" the Gigafactory project would be according to Bloomberg.

Tesla could potentially begin Chinese production in months instead of years. This early launch would allow them to begin training workers and gradually ramp up vehicle production. By beginning local production, forming a partnership with a Chinese automaker, planning large financial investments, and developing stronger relationships with law makers, Tesla could potentially gain access to Electric Vehicle incentives and avoid the 25% import tariff.

One additional benefit is the versatility this could provide them. China is not afraid to walk back promises it has made. Tensions between the Trump administration and China has led to multiple tit-for-tat economic threats. The Chinese government initially announced they would be rolling back the controversial policy of requiring foreign car makers to enter into partnerships with local automakers. It at first said that electric car makers might overcome the partnership requirement within a year. In addition, China stated that they would be reducing tariffs on foreign made vehicles from 25% to 15%. That idea lasted all of a few weeks.

Based on statements by Shanghai officials, it sounds like Tesla has also agreed to a partnership of some kind. And after Tesla initially dropped prices due to lowered tariffs, the American automaker had to promptly raise them as China ratcheted up tariffs on imports yet again. Easing their way into China with a temporary facility of some kind may be the safe bet. If Tesla finds itself in an "I am altering the deal. Pray I don't alter it any further" situation with China, the quicker it can walk away the better.

China certainly isn't the only country or union that provides benefits for EVs produced within their borders. EV incentives and tax benefits are often tied to local production or trade agreements. This same production approach could also be taken when launching the 3 in other markets for final assembly. If the political and economic situation changes (for better or worse), the 'factory' can be packed up and moved to where it is needed next. Obviously the issue can become complex since laws across nations are so different. Obtaining building permits for this type of structure might be easier in some regions than others. And for more politically consistent parts of the world it may make more financial sense to immediately construct a permanent factory for final assembly as Tesla has done in Europe.

What do you think? Does this sound feasible to you and does it sound like something Tesla might consider?