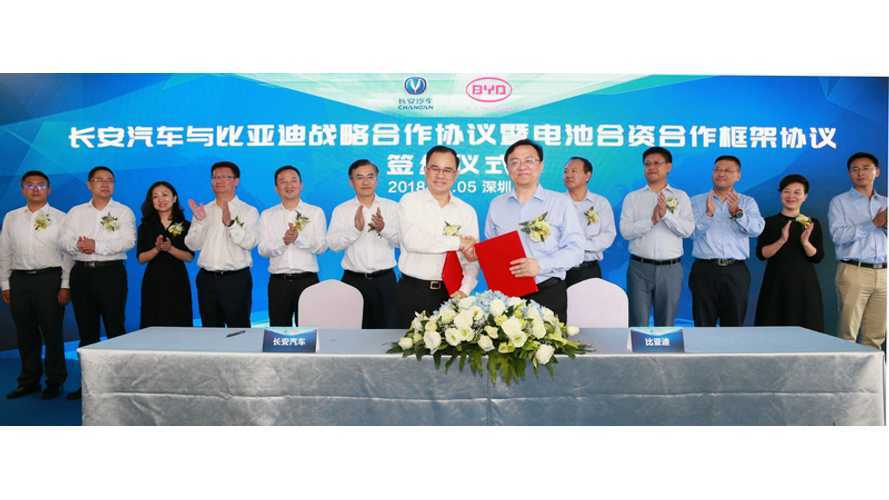 BYD was the world's largest plug-in car manufacturer between 2015-2017, while Changan has ambitions to stop selling conventional cars by 2025.

The battery joint venture is to be formed in Chongqing, China (a mega city of 33 million people in central China) with a goal to produce and sell 10 GWh annually.

It's clear to us that Changan intends to use BYD-developed batteries in its own cars, and maybe in some joint projects. If Changan will increase NEVs sales, it would open possibilities to expand the joint venture.

The battery deal is not the only area of partnership as press release list many topics, including joint approach to car export.

"In addition, both automobile heavyweights intend to jointly research autonomous driving and a wide range of new energy vehicle technology. This includes the recycling of electric vehicle batteries, fast charging technology, and other future battery technologies. They also plan to improve on supply chain and car assembly techniques.

BYD and Changan Automobile have agreed to collaborate on their overseas presence as well by exploring the possibility of starting a knockdown factory, distribution channels and services. In the meantime, BYD new energy vehicles will be advertised on Changan Travel, a car-sharing platform established by Changan Automobile."

“This strategic agreement marks a significant milestone in the way BYD conducts its supply and marketing. Today’s announcement has implications for the company’s battery business and the long term development of the entire organization,”

“This cooperation not only serves as a model of industry cooperation, it also sets a new benchmark for China’s smart car and new energy vehicle industry. We will pave the way for a revolution in the global automobile industry, one that is smarter and greener.”