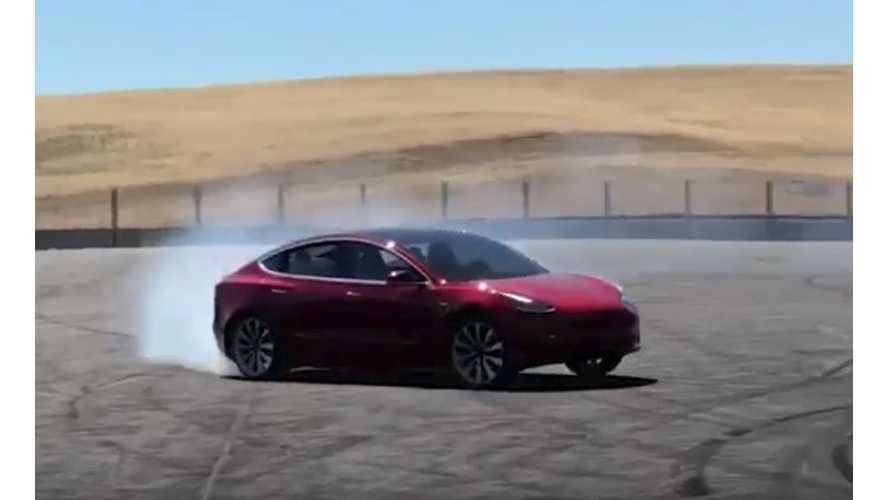 Tesla has just released the first-ever video showing how capable the Performance version of the Model 3 actually is.

At sliding sideways, at least.

Sit back and watch as the AWD electric monster slides around the tarmac.

In late June, Tesla began registering Model 3 Performance and Dual-Motor VINs in earnest with some 2,000-plus counted. We suspect that a significant chunk of Model 3 deliveries will be of these two higher dollar varieties in the near future as Tesla looks to turn a profit. Lesser versions of the Model 3 will likely have longer wait times now. And that mysterious $35,000 Model 3 is still nowhere to be found.

In most recent Performance Model 3 news, we reported on a price cut. Here's that intel:

Keep in mind that the Tesla Model 3 Performance version comes fully loaded, aside from Autopilot and Full Self-Driving. If you add them at the time of placing your order, Autopilot will cost the usual $5,000, and Full Self-Driving is $3,000. If you choose to add these features after the fact, the prices jump to $6,000 and $5,000, respectively.