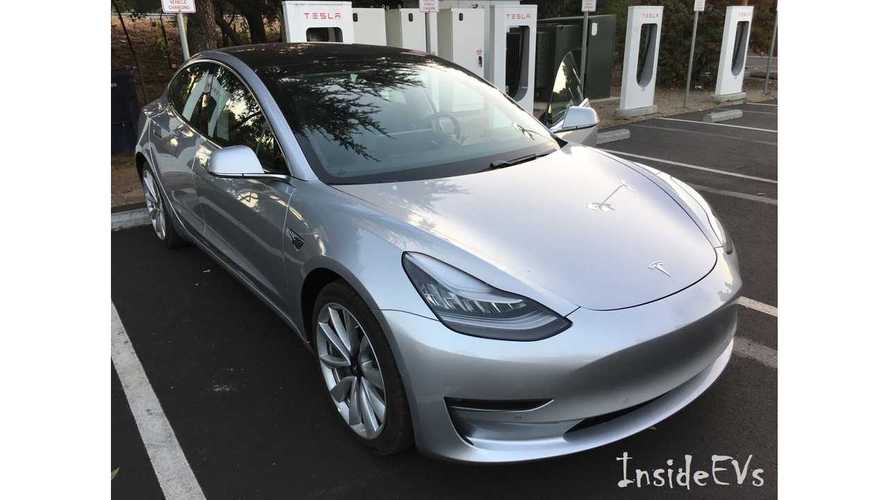 Turns out 2 times the rate and puts the Tesla Model 3 right in line with Tesla’s version 3 Supercharger.

*Based on a published Tesla/EPA Document

There’s a very interesting thread going on right now over at Tesla Motors Club Forum. It's along the same lines as a recent article we published about Model 3 Supercharging rates.

In both our article and in the thread at TMC, current Model 3 LR owners are getting charging powers of around 116 kW ... and it’s not just for a short time. These owners are seeing the Model 3 hold 116 kW all the way to around 50% state of charge. In our previous article, the particular Model 3 started tapering closer to 40%, but you can see in the TMC thread that if we look at a higher sampling, most Model 3’s can hold 116 kW all the way to 50% SOC. Credit to TMC member Zoomit for pointing this out, along with some other interesting observations.

However, as TMC member Zoomit points out, 116 kW is basically the limit of Gen 2 Superchargers. Perhaps we are seeing a charger limit and not a car limit. Maybe the Model 3 is actually capable of charging at HIGHER than 116 kW.

This surely seems plausible to me and, in fact, based on a Tesla EPA document it looks like the Model 3 could be capable of a maximum charging current of 525 amps. To be fair, this is not exactly new news as it was previously published by Electrek back in October and quickly forgotten about (by me at least).

What do you think? Does this sound plausible? Is Tesla shipping cars NOW that are ready for version 3 Supercharging rates?