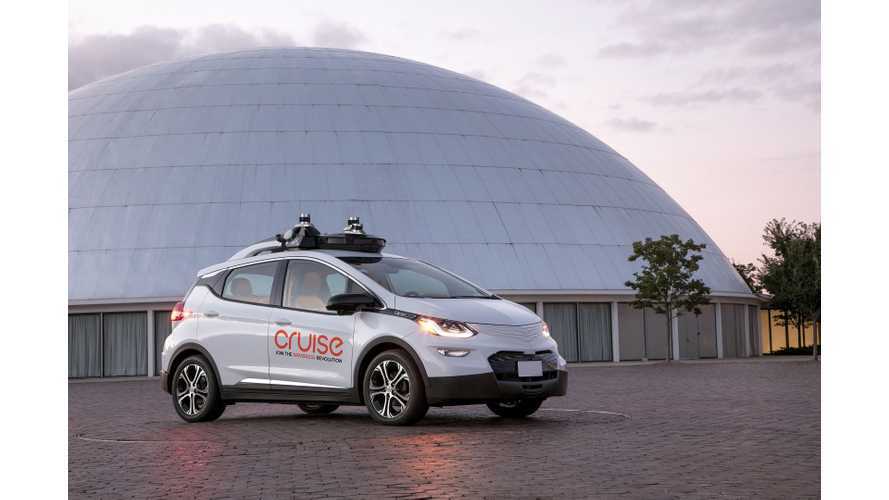 While General Motors is hardly building out a fast charging network to rival Tesla, the company has been increasing their investments in infrastructure as of late.

Earlier this year, GM announced a partnership with EVgo to install hundreds of charging stations across 7 major markets. These stations will be built specifically to service GMs ride sharing platform Maven Gig. They will only be accessible to Maven Gig Bolt EV drivers. Now Bloomberg has reported that Cruise Automation, GM's self-driving car unit, has installed 18 CCS fast charging stations in San Francisco.

Cruise has been testing their autonomous Bolt EVs in the city since last year. The company plans to launch their Cruise Anywhere ride-hailing service as early as 2019. Grayson Brulte of autonomy consulting firm Brulte & Co told Bloomberg:

It’s an indication that Cruise is getting ready to commercialize autonomous ride-hailing services for the public and it will be in San Francisco. (...) I imagine they would want to own and operate the service.

Progress has been swift for Cruise since being acquired by GM. SoftBank recently announced it would invest $2.25 billion in GM Cruise. $900 million would be invested in Cruise immediately. An additional $1.35 billion will be invested once the company is ready for commercial deployment. So long as no regulatory hurdles are placed in its way.

A GM spokesman told Bloomberg that no decision has been made whether it will fully own the self-driving car service. The company also would not comment on exact timing or the the first location they would make the service available. However, considering all of the moves made recently, it looks likely that the Cruise Anywhere service will launch next year in San Francisco.