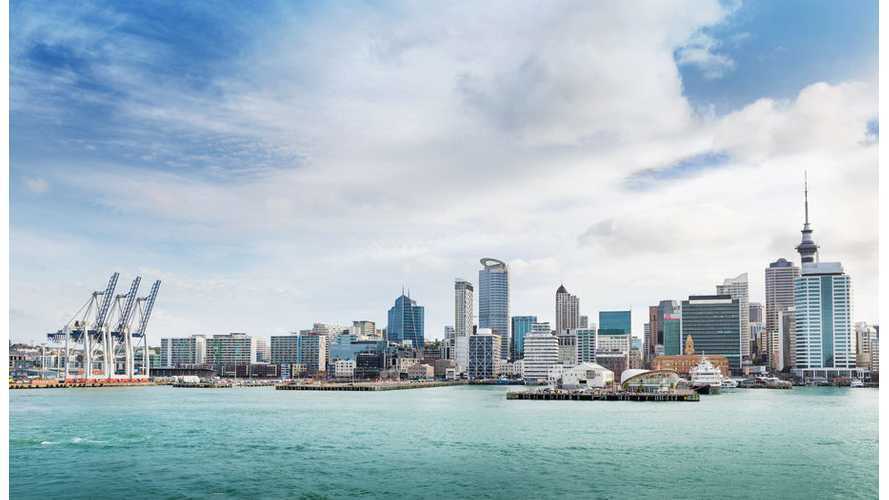 The Tesla Model 3 right-hand drive model production date is right around the corner. The vehicle targets markets in the likes of the United Kingdom, India, Japan and, New Zealand. In turn, the U.S car maker deemed fit to improve their presence in the land of the long white cloud. Last Friday, Tesla opened their first brand new store in New Zealand. The rather spacious store - as they are called by Tesla - is placed in a refurbished character building, located on the corner of Karangahape Road and Hereford Street in Auckland.

This store comes in a rather different concept than what we're used to with Tesla. Usually, a Tesla store is located in a retail space - like a shopping mall - with heavy foot traffic, interesting IoT retail spaces neighboring their space (Microsoft, Apple etc.), fully devoted to the more upbeat, younger crowds. On the other hand, this new Auckland facility is a "service plus centre" that dwarfs most U.S locations for the carmaker, delivering a full retail facility (including Powerwall and solar panel products), joined by a design studio, a set of delivery bays and a complete service centre - all in one place.  Consequently, this brand new Auckland store might just give us a hint at what kind of solutions they are eyeing for some of their new markets.

The Auckland store is also home to Tesla's first bank of Superchargers in the respective metro area. There, you'll find a bank of six (run off three Supercharger units) along with another six less powerful Destination chargers. The latter are located in an underground parking garage underneath the building. For Tesla owners, a 24-hour entry code gives them access to charging points and the customer lounge in the store - which also serves as a waiting area for owners waiting for their vehicles (whether from servicing or for delivery).

Currently, Tesla operates a network of 75 Destination chargers and six Supercharger locations in New Zealand. Sales wise, Tesla does rather good in New Zealand, even though it offers only high-end models like the Model S - starting at NZ$121k. The carmaker racked up an impressive 115 sales in the country year-to-date, and with the arrival of the right-hand-drive Model 3, those are only going to get better. In comparison, Jaguar sold only 145 units, while Maserati with 59 and Porsche with 176 comprise the bulk of the high-end luxury vehicle sales in the country.

Below you will find a short video reporting on the approximate cost to buy a Tesla Model 3 in the country.