Autolib, the car sharing system in Paris, recently just went out of contract with the city because of heavy losses, but that doesn't mean that there will be no EVs to rent.

Renault would like to start in September and gradually expand the fleet to 2,000 electric cars by the end of this year. Renault will offer ZOE and in lower quantities these other models:

For comparison, Bollore deployed around 4,000 Bluecars in Paris and surrounding communities. 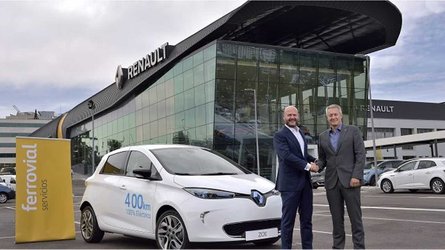 500 Renault ZOE Z.E. 40 To Be Available In Car Sharing Service In Madrid 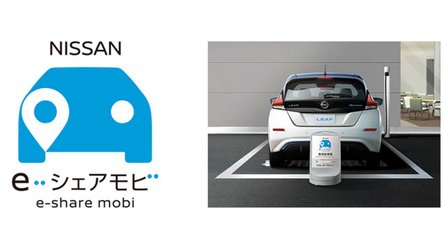 "The City of Paris and Groupe Renault announce their intention to share their expertise and skills to develop electric mobility for Parisians, Ile-de-France residents and visitors.

This unprecedented approach between a metropolis and Europe's leading electric vehicle manufacturer testifies to a shared vision of the future of mobility, in the face of challenges such as public health, climate change, easier travel, accessibility and economic attractiveness.

This will result in short, medium and long-term actions in favour of the development of connected and autonomous electric vehicles.

As a first step, Groupe Renault has decided to gradually roll out a commercial offer of electric mobility for Parisians, Ile-de-France residents and visitors, starting in September 2018:

This offer will be based on Groupe Renault's 100% electric range: ZOE, Twizy, Kangoo Z.E, Master Z.E. By the end of 2019, they will represent a fleet of 2,000 electric vehicles.

In a second phase, the City of Paris and Groupe Renault wish to initiate an open working group, associating major cities and companies, whose aim will be to think collectively about the integration of changes in mobility in the city."

On the other hand, PSA announced that by the fourth quarter will launch in Paris its FREE2MOVE car sharing with 500 Peugeot and Citroën electric cars. We suppose that those will be the Peugeot iOn and Citroen C-Zero with maybe some delivery vans complementing the fleet.

At this occasion, Brigitte Courtehoux, Member of the Executive Committee of Groupe PSA and Director of Mobility and Connectivity Services states:

"After the launch of Free2Move App, we are providing Parisians with our know-how in urban mobility. It means a sustainable and high quality of electric car-sharing service. This is possible thanks to the good collaboration we have established with the Paris City Hall. "