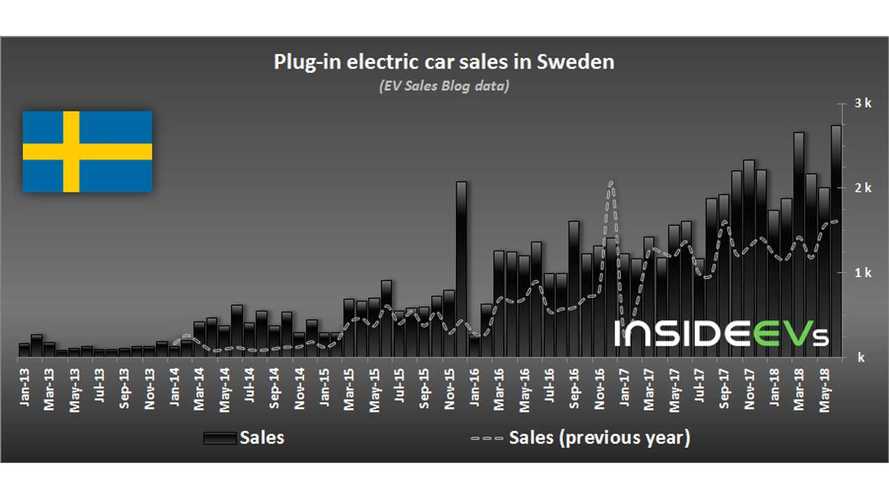 Sweden notes a significant continuous rate of growth of plug-in electric car sales since 2017 and the market share already increased to 6%.

The country has so far been dominated by plug-in hybrids with the Volkswagen Passat GTE in the lead, followed by the Mitsubishi Outlander PHEV and Volvo XC60 T8.

The situation may change soon though. From July 1, 2018 there are changes to subsidies - up to €6,000 for all-electric models, while the plug-in hybrids will get less (conventional ICE cars, on the other hand, will be taxed additionally.

"A new fiscal system started on July 1st, where regular ICE models see their taxes increased (Malus), to the profit of a few PHEVs, but especially BEVs, that will see their incentives (Bonus) increase to some 6,000 euros, which explains why BEVs sank (-17% in June), while some (large) PHEVs had a sales surge last month."

Plug-In Electric Car Sales Driven Up By Tesla In Netherlands