Here's a look at Tesla's 24-hour commitment to meeting its Q2 production goal.

During the last week of the second quarter, Tesla pushed hard to meet or even surpass its Model 3 production goal - 5,000 vehicles in one week. On top of this, the automaker was also still building Model S and X vehicles. When the week came to close, a celebration was in order. Tesla built 7,000 cars in seven days, about 5,000 of which were Model 3s. Following the good news, Model 3 workers are taking a brief break before picking up the pace again. 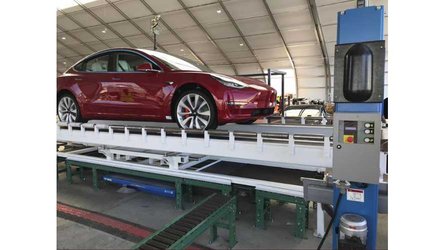 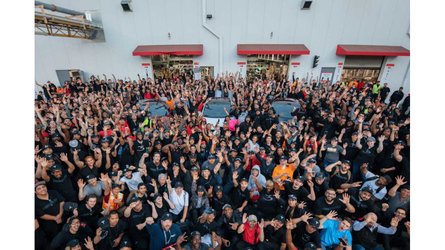 During all the chaos of trying to push past the goal, Tesla took video of its outbound logistics lot. Now, they've shared a time-lapse version of that video. It shows the happenings as the cars and delivery trucks were moving in and out of the lot at all hours of the day and night.

Keep in mind that this milestone was achieved even though the automaker had to shut Model 3 production for 1o days during the quarter. In addition, some Model 3 vehicles (about 20 percent) were built on a new assembly line in a tent. To top it off, in order to work toward eventual profitability, Tesla laid off 9 percent of its employees during the quarter as well. As the automaker moves forward, we can only imagine that Model 3 production will continue to accelerate significantly.