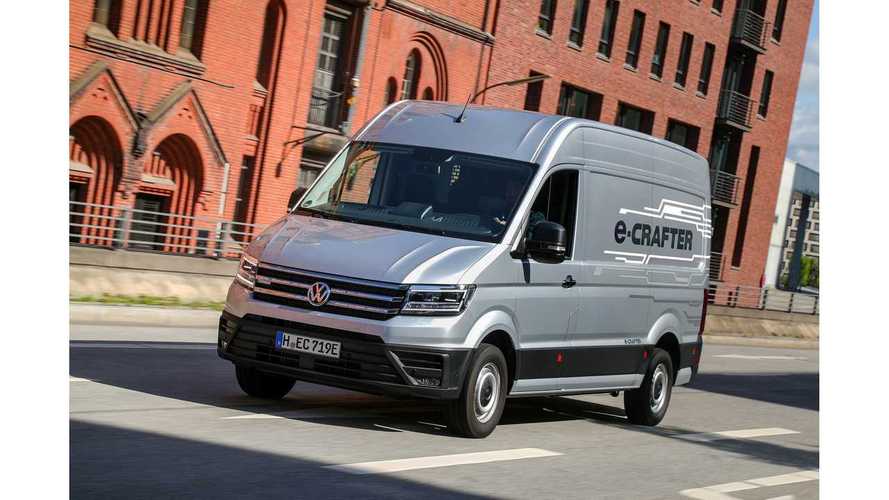 Whistle at this work truck.

The Volkswagen e-Crafter is something of a strange beast. With a body borrowed from a vehicle powered by an internal combustion engine and a soul (electric drivetrain) borrowed from the VW e-Golf, this work-a-day Frankenstein is able to conduct its business about the city without attracting much attention. It blends in like a regular VW Crafter, but without the clatter of a diesel engine.

And that's what it's been doing in small numbers — about 40 — since January when the first batch was put into service. Now, though, after months of real-world testing, it's about to go officially on sale and so Autocar has had a crack behind the wheel. According to its reporting, it's up for any job its diesel equivalent is, as long as that work is in the city. Range is decent for in-town running around, at 107 miles, but with only a 56 mile per hour computer-limited top speed, it's not cut out for highway usage. It can DC fast charge to 80 percent in 45 minutes given a 40 kW charging station.

The good news is its 100 kW (134 horsepower) motor with 214 pound-feet of torque has plenty of grunt and can get the boxy beast up to speed quite briskly. Its 35-kWh battery is hidden beneath the floor and so doesn't impinge on its 10.7 cubic meters (377.9 cubic feet) of carrying capacity.

The dash and controls are pretty much the same except the fuel gauge now indicates remaining energy in the battery and it also lets you know how much energy is being recouped upon braking. The driving experience is improved. Besides the added pep and lack of gear shifting, the regenerative braking is strong enough for a mostly one-pedal experience.

Its weakest point might be the up-front price. At 63,000 Pounds ($81, 420), it's significantly more dear than the base 37,157-Pound ($48,019) ICE version. While the total cost of ownership is certain to be much more in line with the original, especially in London where it's not subject to the congestion charge, it's still bound to make prospective buyers pull out their calculators.