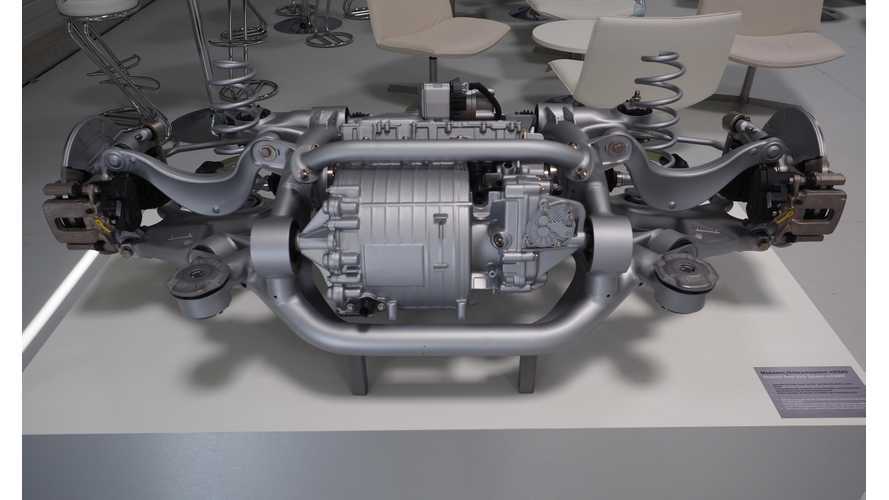 ZF expects to release the automated hybrid transmission in 2019

For ZF, passenger vehicles may be the bread and butter. But, the company also seems to be betting heavily on bringing their focus to commercial-vehicle applications. This was more than clearly emphasized with the technology put on display during ZF’s Technology Days this year, which mostly concentrating on automation and electric-power systems.

ZF CEO, Wolf-Hennig Scheider predicts almost 30% of all buses and vans and 20% of heavy-duty trucks will run on some form of electric power by 2025. Furthermore, Scheider believes that Level 4 automated-driving technology will penetrate the commercial sector (trucks and buses) earlier than passenger cars.

In part, this optimistic prediction is fueled by the recently introduced rules and regulations, governing the release of greenhouse gases. These regulations are aimed at reducing oxides of nitrogen, where the growing social pressure to decrease diesel use will aid in part to drive the rapid adoption of such vehicles, Scheider said during a press briefing at company headquarters in Germany.

For commercial vehicles, the ecological aspect is not the only motivating factor behind the adoption of all-electric vehicle fleets. Lower total cost of ownership, derived from both the lower fuel costs and faster return on investment - as battery and component prices decrease due to production volume and advancements in technology - will all be a big part of this switch to EVs in the future. Add the Level 4 automated-driving technology - which still requires the driver to be present in order to take over the driving in case of an emergency - and the path to lower fuel costs, safer operation and more streamlined economics, will all aid to making commercial vehicles greener and more optimized for the services they provide.

According to ZF, it's easier to identify business cases among commercial vehicle users that show significant productivity, safety and cost benefits. While the early adoption will mostly be contained in highly controlled environments such as freight yards and ports, adoption within the urban road commercial vehicle fleets will soon to follow. While posing a more complicated environment for Level 4 automation, urban surroundings present ZF with an opportunity for automation in specialized applications such as last-mile parcel delivery.

While ZF is seemingly making strides in Level 4 automation and self-driving commercial vehicles, their core business is still transmission systems. The commercial van they've used to showcase their automation and AI developments was fully-electric. The vehicle utilized an integrated transmission and electric motor ZF developed for passenger-car applications, where the vehicle had electric motor drives integrated with its heavy-duty automated mechanical transmission.

The company had both bus and heavy truck demonstration units on hand for test drives and verified the technology is “almost ready for serial production.”Expected to release the automated hybrid transmission in both European and Asian markets in 2019., ZF will seemingly hit the ground running when stringent city restriction on internal-combustion engines are adopted in a wider area.