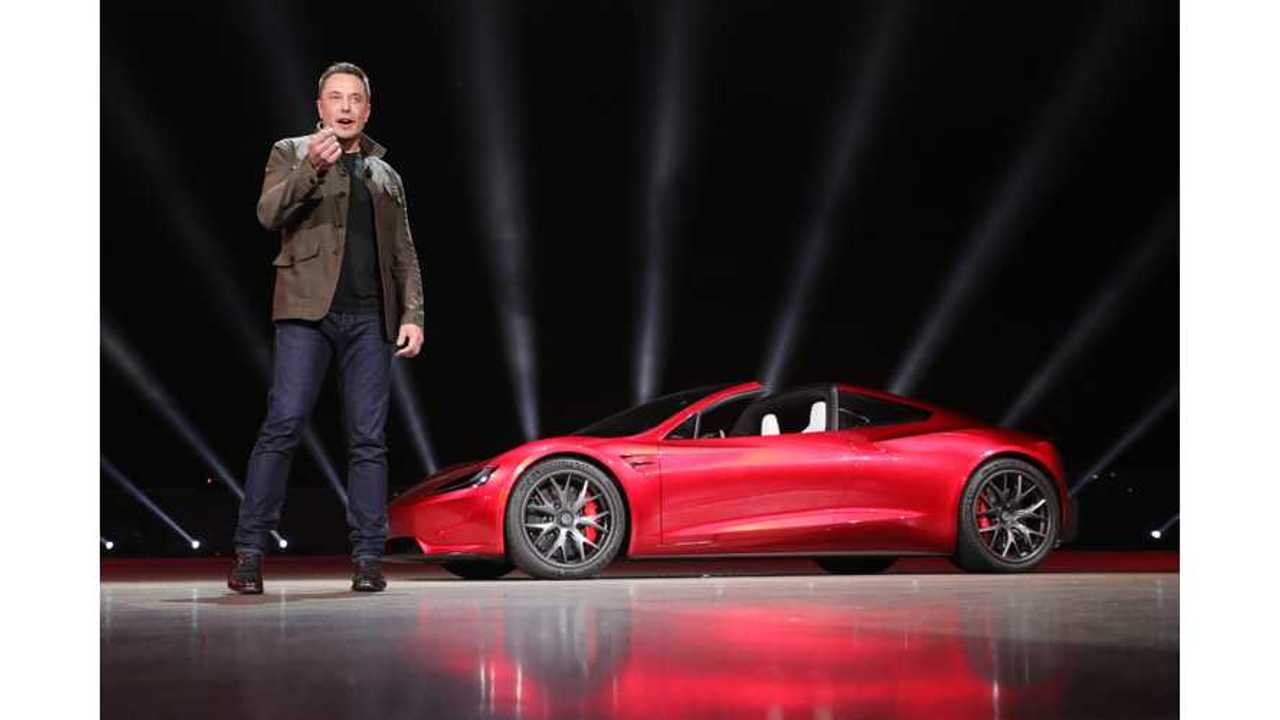 ELON MUSK TALKS ABOUT VOLKSWAGEN, VEGAS, AND 'THE MOST POWERFUL FORCE IN THE UNIVERSE'

With unparalleled fame and attention for a CEO, the spotlight is getting brighter for Tesla's Elon Musk. His decision (and subsequent reversal) to take Tesla private, has only heightened the glare. One pivotal reason Musk backed off his bid to go private was reported by the Wall Street Journal, "It might mean allowing competitors inside his tent—one of the investors his bankers had lined up was Volkswagen AG, people familiar with the matter said."

Meanwhile, much of the negative attention surrounding Musk is likely attributed to Tesla's pesky short sellers — those betting against TSLA stock. Others feel an ongoing smear campaign can be tied back to Big Oil or... perhaps, Big Auto. An example? Musk told the Journal that back in July he emailed Herbert Diess, chief executive of Volkswagen AG, to ask if a Volkswagen employee was criticizing Tesla on Twitter, using a fake name.

It turns out the Tesla-hater's Twitter account belonged (suspiciously) to the brother of a Volkswagen worker. “They would definitely be playing with fire, given that they are still paying the fine from their last emissions cheating scandal,” Musk explained referring to VW's dieselgate scandal. Musk added, “Diess replied saying it was the guy’s brother. That’s pretty much it.” Mr. Diess declined to comment. Volkswagen said, “Mr. Diess’s aides handled the details.” Hmmm.

In any event, unlike the shorts and Volkswagen family members, Tesla bulls view things differently. According to the Journal, the bulls' "bets on Elon Musk’s companies are, in fact, bets on Elon Musk. So far, they have paid off. Tesla’s market value—$50 billion-plus, even after a recent stock price drop—rivals those of traditional U.S. car makers." Furthermore, Tesla continues to gobble up competitors' marketshare.

And, it's not just Tesla. Musk's business track record speaks for itself. Recall that, "EBay Inc. bought PayPal for $1.4 billion in 2002. As the largest shareholder, Mr. Musk collected more than $100 million. He was 31." And, currently "his rocket company, Space Exploration Technologies Inc., or SpaceX, is valued at more than $20 billion." Now, "Mr. Musk, 47 years old, has a net worth estimated by Forbes at roughly $20 billion, and his allies warn about betting against him."

Above: Tesla's surging stock has some correlation with the public's fascination with Elon Musk, according to Google Trends (Chart: Marketwatch)

Nevertheless, "Short sellers have amplified attacks against Tesla and Mr. Musk over the past months." In response, "Mr. Musk said his actions and rapid decision-making can be misunderstood as erratic." As Tesla's shorts increase bets against the company, it's worth exploring — how does Mr. Musk approach his bets?

Musk explains, “It is better to make many decisions per unit time with a slightly higher error rate, than few with a slightly lower error rate because obviously one of your future right decisions can be to reverse an earlier wrong one, provided the earlier one was not catastrophic, which they rarely are.”

“If the odds are probably in your favor, you should make as many decisions as possible within the bounds of what is executable,” Musk told the Journal. “This is like being the house in Vegas. Probability is the most powerful force in the universe, which is why the house always wins. Be the house.”

With his disruptive businesses and bold bets on new technologies, the public remains captivated by Musk. Marketwatch reports, "search interest in Musk has exploded, according to Google Trends data... he has outranked some of the most famous CEOs out there — Amazon.com Inc.’s Jeff Bezos, Berkshire Hathaway Inc.’s Warren Buffett, Apple Inc.’s Tim Cook, Facebook Inc.’s Mark Zuckerberg — for the past four months on Google Trends."

Above: Interest in Elon Musk has spiked in contrast with other top CEOs, according to Google searches over the past four months (Chart: Marketwatch)

Karl Brauer, an analyst with Kelley Blue Book explains, "Now you have a large swath of the U.S. population interested in Tesla," coinciding with the launch of the company's lower-priced Model 3. Therefore, interest in Musk could continue to grow. And Brauer acknowledges, "He is, to a lot of people, somewhere between heir apparent to Steve Jobs,” as a charismatic, innovative leader, “and the whole Tony Stark thing.”