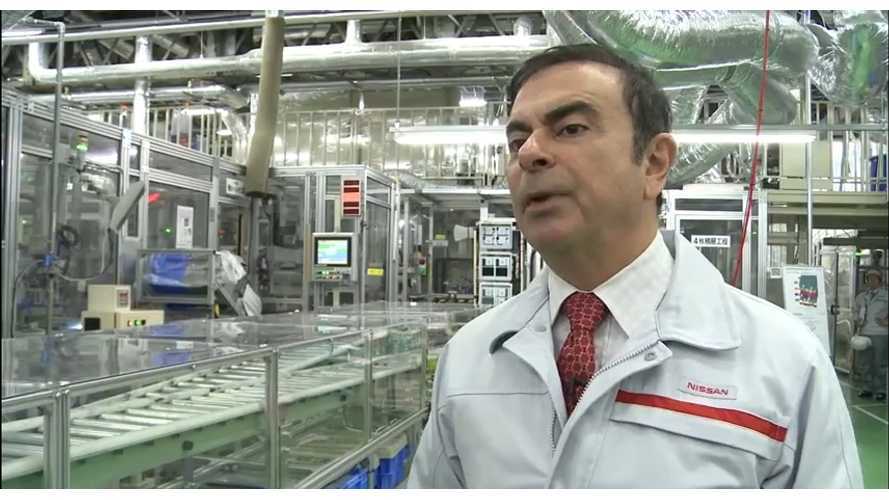 It's proving to be hard to sell a non-cutting-edge battery division.

Nearly one year ago, Nissan announced the sale of its lithium-ion battery unit, Automotive Energy Supply Corporation (AESC), to Chinese fund GSR Capital, but that's not going to happen.

The sale should've been completed by now, but despite three delays, GSR Capital failed to send the cash (apparently $1 billion or so) for AESC and three battery plants around the world, as well as part of R&D in Japan and probably a deal to supply LEAFs for at least several more years:

AESC, a joint venture established by Nissan and NEC, was once on the forefront of the EV battery technology, but the chemistry probably is now far from being competitive with the state-of-the-art, so Nissan would like to sell the battery unit and choose new batteries for future models.

Without more investment, AESC will not be able to stay competitive, and if it's not competitive there is no interest to purchase the company from Nissan. Panasonic's boss Yoshio Ito said recently that "the potential to benefit from buying another maker’s existing equipment and facilities was very limited".

"Nissan Motor canceled a potential $1 billion sale of its electric car battery unit to China’s GSR Capital, and while the automaker said it still aimed to find a buyer, analysts feel it could be a hard sell as the technology was not cutting edge."