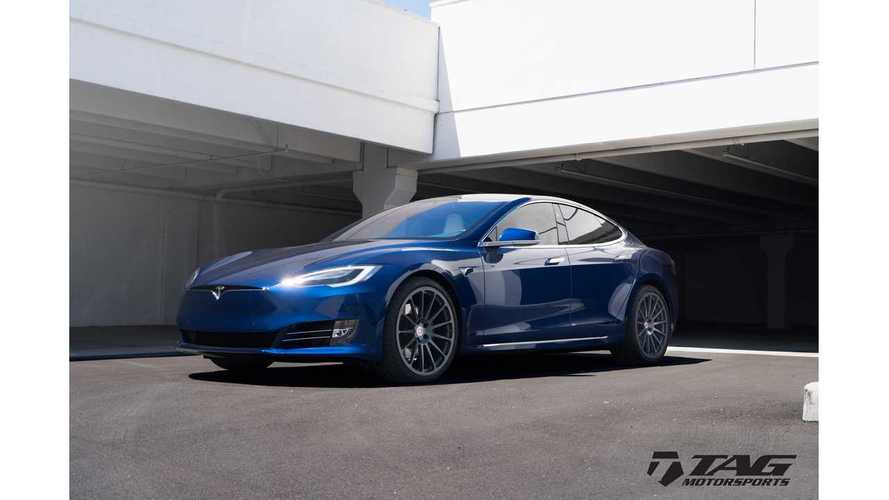 Whether you like it or not, aftermarket tuning of cars is and forever will be a part of the automotive world.

The Model S has been produced in substantial numbers so far, warranting some owners to bring a personal touch to their vehicles. Distinctiveness is often key for high-end cars such as the Model S, too.

While with other ICE cars, you have the selection of adding a set of aftermarket wheels, an aero kit or an ECU tune, with a Model S, you're mostly restricted to only cosmetic touches. After all, this battery-powered luxury sedan is one of the fastest production cars (off the line) that money can buy, so it doesn't need more oomph.

More about the Model S

This particular Model S comes from TAG Motorsports, a Los Angeles based tuner that's well-known for their clean & classy aftermarket builds. This time, they've turned their attention to a Tesla Model S P90D. This vehicle is placed just under just under the range-topping Model S P100D within Tesla's food chain. For the most part, the P90D is a great combination of luxury, range, and ultimately, performance. When coupled with a Ludicrous Speed upgrade, the vehicle produces  525 horsepower and 713lb-ft of torque, allowing for a mind-numbing acceleration from 0-60mph (0-100km/h) in just 2.8 seconds.

For this Deep Blue Metallic Model S, the owner went with a set of lightweight HRE Classic 303M wheels. Designed as a tribute to the era when custom wheels began gaining popularity, these Monoblock forged wheels are designed to elicit some of the wheel maker's most iconic wheel designs. However, these wheels are designed to today’s much higher standards for strength and quality and given a modern touch so that they complement any old or brand new vehicle - just like this Tesla - perfectly.

While these may not be everyone's cup of tea, they sure look good on this Model S. You can grab a detailed look at this build right below.