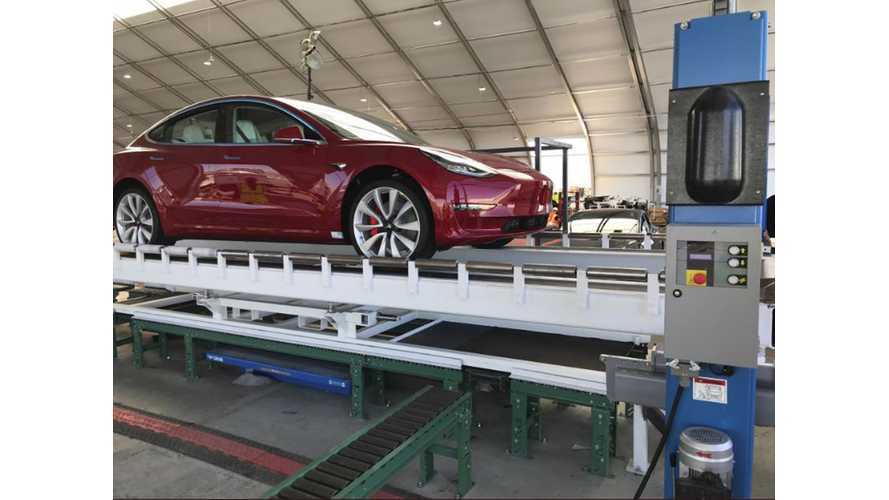 The ramp is real folks.

And the shorts should take notice.

Tesla CEO Elon Musk just took to Twitter moments ago to let the world know that the automaker had achieved two production records.

Musk Tweets - Tesla To Eliminate Off 9% Of Workforce

This doesn't suggest that Tesla will continue at a pace of 5,000 Model 3s per week though. Special circumstances existed to make this achievement possible.

Word has it that it was all hands on deck to make this possible. Additional employees were called in, called back, transferred to the factory from the headquarters, pulled in from SolarCity and so on. Basically, Tesla pushed itself to its very limit to achieve this feat, so don't expect it to be repeated in the next 7 days too.

The 7,000 in 7 days referred to by Musk is combined production of the Model S, Model X and Model 3.

Separately, the 5,000 in a week run-rate for the Model 3 was confirmed by a Tweet (the original has since been deleted and the user account erased).

That surely calls for a celebration for the Tesla team.

It's taken quite awhile for Tesla to increase production of the Model 3, but now it seems the automaker continually ups the output month after month by a rather significant amount, meaning 10,000 per week might not be that far off.

Looking forward, InsideEVs will report on sales, including those of the Model 3 and the Model S and X, in just a few days. Surely this will be an interesting sales report this time around. The production hits a record high, but will sales peak too?