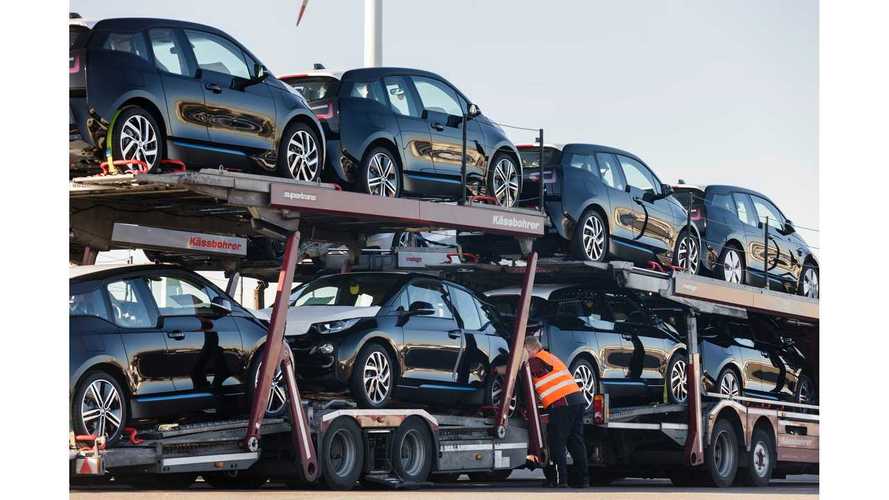 Q2 2018 carves a spot in history as being the most productive quarter to date for U.S. plug-in electric car sales, surpassing last quarter and Q4 2017. An estimated grand total of 69,641 electric cars were sold last quarter, which is well over 10,000 more units than any other quarter, historically. While June deliveries failed to reach our optimistic estimates (26,500), the month still lands in the third position on our list of the best months of all time for EV sales.

Historically, the final month of most quarters has shown the biggest leap in sales. However, June has sometimes been the exception. Most often, the month is still the best of Q2, but by a slim margin, rather than a notable leap. In addition, there have been times when June sales have been narrowly exceeded by May sales.

Fortunately, that wasn't the case this year. The coming months hold fantastic promise for U.S. electric car deliveries. Moreover, the end of Q3 and Q4 should prove incredible for U.S. EV sales.

Based on automakers' sales reports and our estimates, 124,687 plug-in cars have been delivered through the end of June 2018.

The Tesla Model 3 topped our chart once again with 6,062 estimated deliveries. This makes it six months in a row that the Model 3 has been the EV sales leader. While June's U.S. numbers don't set a new all-time Model 3 delivery record, if we add in the estimated 2,250 or more Canadian Model 3 deliveries, Model 3 sales are up well over 20 percent. We assume that it will not leave that top position at any point in the foreseeable future and will continue to set and break records month after month.

The Toyota Prius Prime lands in the two-spot for the year as a whole, regardless of numbers being down from previous months, at 2,237.

The Chevrolet Volt grabs up the seventh position for June based on our estimates (1,336), however, it's not enough to push it into the top five on the year. Chevrolet Bolt sales were down again and at another low point for 2018 as inventories are drying up, more Bolt EVs were delivered to South Korea, and GM is in the midst of another model year switch. Our estimates put the Bolt in the eighth spot for June (1,083), though it snags the fifth spot for the year as a whole.

Overall for the year, the Tesla Model S and Model X land in the third and fourth positions on our chart after both met expectations with a solid sales month (2nd and 3rd for June, respectively). According to our research, Tesla sold an estimated 2,750 Model S sedans and 2,550 Model X SUVs, which is an impressive jump from last June's U.S. deliveries, especially when considering the impact of the Model 3. Last June, Tesla delivered an estimated total of 4,550 vehicles in the States. Fast forward to this year and Tesla's total estimated U.S. sales in June add up to 11,362!

The Nissan LEAF and Honda Clarity PHEV were the only other vehicles to sell over 1,000 copies in June. LEAF sales dropped from last month and last year, totaling 1,367 for June 2018. The LEAF grabs the eighth spot overall for the year thus far. The Clarity keeps pushing along pretty incredibly to say the least. Honda delivered 1,445 Clarity Plug-in Hybrids last month, putting it in the seventh position overall on the year.

Other Statistical Points of Interest from June 2018

*Based on estimates due to the lack of U.S. monthly sales reporting by Tesla and GM, as well as BMW i3 splits (BEV + REx).

Above - 2018 Monthly Sales Chart For The Major Plug-In Automakers – *Estimated Sales Numbers – Reconciled on Monthly or Quarterly Totals, ** Estimated (Based on State/Rebate Data and other reports), Credit to HybridCars.com for assistance on Hyundai/Kia and some BMW data. BEV models are designated with the icon.