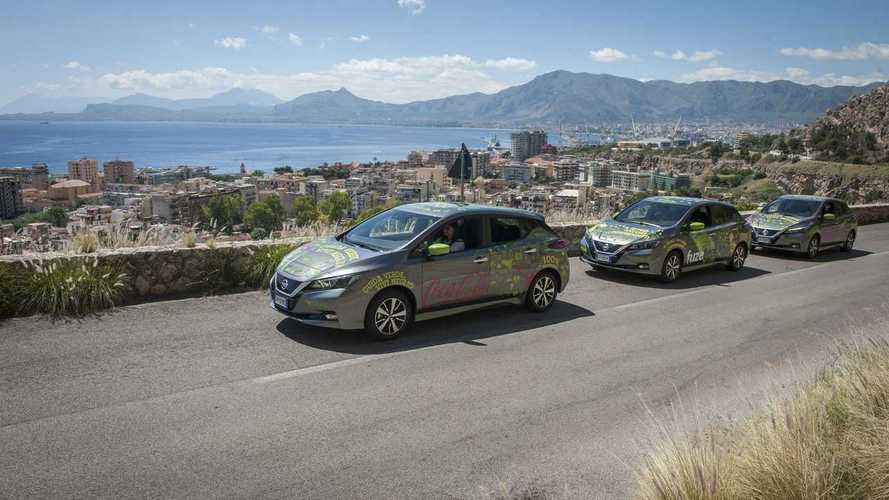 News of the Nissan LEAF's potentially misleading advertising campaign is spreading like wildfire.

In a report by BBC.com, UK owners are allegedly claiming that the marketing campaign by the Japanese car maker misled them in various aspects of this vehicle, resulting in a purchase being made upon behalf of a false advertising claim.

According to several Nissan LEAF owners, the company allegedly made an erroneous report about the car's charging times and range. In turn, this sparked a possible investigation by the Advertising Standards Authority - a self-regulatory organization of the advertising industry in the United Kingdom.

There have been more than 2,600 new LEAFs sold in the UK where the vehicle was named the Electric Car of the Year for 2018 by What Car? magazine. But it seems the LEAF doesn't exactly stack up to the manufacturer's claims for its charging time and range.

When Nissan advertised the LEAF last year, the automaker made a claim to prospective buyers that by using so-called rapid chargers should only take 40 minutes "in moderate driving conditions", thus allowing them to achieve an 80% charge. For the most part, there seems to be no problem with the first two charges on any given day - for most, these constitute a charge at home and one rapid charge en route to your destination. But, when it comes to the third charge in the day, owners state that their charging times were prolonged, facing them with long waits. In turn, this could potentially affect any journeys longer than 250 miles (400 kilometers). This issue has become widely referred to now as Rapidgate.

This came out as a problem for John Weatherley, a company director from the Forest of Dean, who actually loves his Nissan LEAF. It was when he made a 300-mile (482 kilometers) journey that he faced this issue. It was then when John found himself waiting for a total of two-and-a-half hours when he stopped to charge for the second time.

"If Nissan at the start had said what the car is capable of, without exaggerating the fact on their website, I'd have been fine with it," he told the BBC.

"They said they could charge in 40 to 60 minutes, so I believed them. But it's not true. The advertising is totally misleading."

But, when Mr. Weatherley sent a note to Nissan in order to complain, he was informed that the rapid charging option was only intended for use once in a journey - something that he and many other buyers may be unaware of.  This was further stirred up when Nissan told the BBC that charging can take longer than advertised, depending on various conditions.

"External ambient temperature, the type of driving you've been doing beforehand, and the heat you put into the battery if you've been doing successive charges can impact the timing," said Gareth Dunsmore, director of electric vehicles for Nissan Europe.

He further added that the battery automatically slows down a charge in order to preserve its longevity, but also to act as a safety mechanism when it gets too hot. Additionally, he added that in some instances, the slower than advertised charging times might be the result of the charger itself performing poorly.

"We make this clear in the owner's manual," said Mr Dunsmore.

Unfortunately for Nissan, Mr. Weatherley's claims were not alone. For Tony Pitcairn, from Ilkley in West Yorkshire, problems with both the charging times and range made him rethink his decision to buy the LEAF as well. For Mr. Pitcairn, it was a trip that resulted in him and his wife spending 90 minutes at a motorway service in Gloucestershire that made him go public with his experience.

According to claims by Mr. Pitcairn, the range of the new LEAF -  which he bought specifically for long journeys - was way below the advertised numbers. His marketing brochure claimed the car could do 235 miles on a single charge, but having bought the car, he experienced that the range was actually just 155 miles (250 kilometers).

"That was a disappointment to start with," he said. "So we have, in my mind, been misled twice, because the claimed range on a full charge is not 235 miles. Secondly, nowhere does it say that you will only be able to rapid charge in 40 minutes only once."

Further boosting the claims was a test drive, held by journalists from What Car? that achieved a "real world" range of just 108 miles (173 kilometers). Way below the advertised numbers.

Nissan revealed that the original claim of 235 miles was correct under an official means of measurement that we know as the New European Driving Cycle (NEDC). However, that claim was corrected due to car makers moving to a different measure - known as the Worldwide harmonized Light vehicle Test Procedure (WLTP) - where the Nissan Leaf achieved an official range of just 168 miles (270 kilometers). This does put a dent into Nissan's sales goals, even though the Leaf is one of the best all-electric small cars available on the market today.

We intend to send an official inquiry over to Nissan in order to put a spotlight on this situation and resolve what may be the most intriguing charging time and range conundrum seen this year so far. If anything, Nissan delivers a great product and this should make the car maker sit up and take notice. Grab a look at a snippet from Jonathan Porterfield, from their Leicester to Aberdeen race talking about the same issue right below.