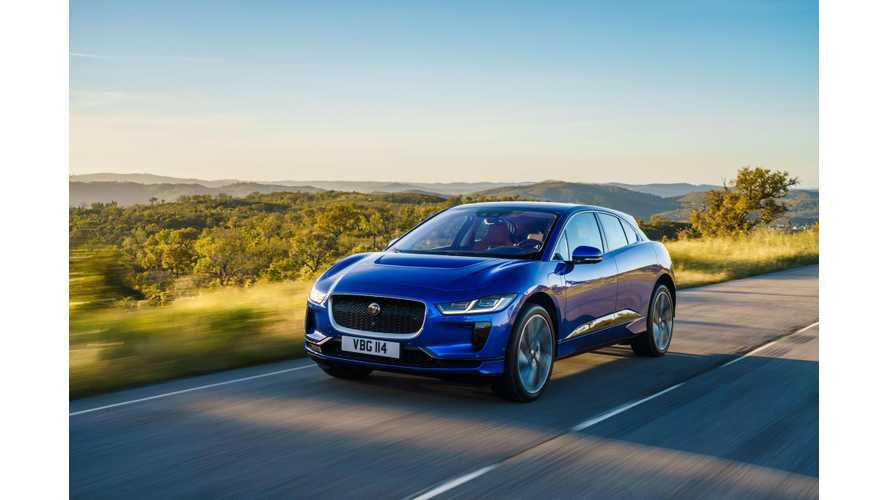 It's to promote clean energy and low emissions vehicles, while taking a shot at Trump, too.

This week, Kim Darroch, the U.K. Ambassador to the United States is taking a road trip across the Midwest. Darroch is using a borrowed Jaguar I-Pace in order to meet with the officials from local states that are maintaining high clean-energy standards even as the Trump administration rolls back federal environmental rules.

Just shortly before taking the trip, the ambassador spoke with CNBC, giving us the short rundown of the whole trip. According to the news outlet, the main goal of the trip is to promote American and British cooperation on both low and completely emission-free vehicles, alongside other clean-energy initiatives.

More From The Jaguar I-Pace

"You have to be encouraged by the number of U.S. states which are supporting ambitious climate change targets, and so there is a lot we can still work with here," said Ambassador Kim Darroch.

Some of the people Darroch is set to meet this week are state and city politicians. These include people like Michigan Gov. Rick Snyder, Minnesota Gov. Mark Dayton and Chicago Mayor Rahm Emanuel. Furthermore, the ambassador will visit several facilities dedicated to scientific research of new energy technologies, such as the Argonne National Laboratory. Additionally, in the states of Michigan, Minnesota, Indiana, Illinois and Wisconsin that Darroch is visiting, some 150,000 people are employed by British companies established there.

"It is not generally realized just how deeply the U.K. is plugged into these five states," he said. "There are hundreds of businesses literally based across the region, offshoots of major British companies."

The vehicle chosen for the trip - a Jaguar I-Pace, one of the most coveted new all-electric vehicles - is a perfect example of what the future brings. Powered by two electric motors that deliver a combined output of 394 horsepower and 513lb-ft (696 Nm) of torque, the vehicle relies on instant torque and impressive acceleration to provide both the driver and the passengers with a thrilling eco-friendly ride. the I-Pace can sprint from 0-62mph (0-100km/h) in just 4.5 seconds. Its 90kW battery promises a range of up to 292 miles (470 kilometers). More than enough for most long-range trips - even in the United States.

Billed as a serious competitor to the high-end vehicles from Tesla, the I-Pace underlines the British car company's first proper venture into the electric car world. Carefully chosen just for this trip, it acts as a beacon of British dissatisfaction with the U.S withdrawal from the Paris Climate Agreement. Touring the states makes for a pretty cheeky finger in the eye of the current U.S administration, not so keen on environmental laws.

While the Paris Agreement exit is a problem that affects the entire planet, there's something more pressing causing a tear in the usually British and American ties. Britain is first and foremost burdened with the Brexit, but also, with the recently introduced steel and aluminum tariffs imposed by the current U.S administration.

"We are disappointed by the administration's decision to impose steel and aluminum tariffs. On the other hand, we were encouraged by the agreement the president reached with the president of the European Commission a few weeks back on negotiating a new free-trade agreement on industrial goods apart from vehicles, and that would be a big step forward."