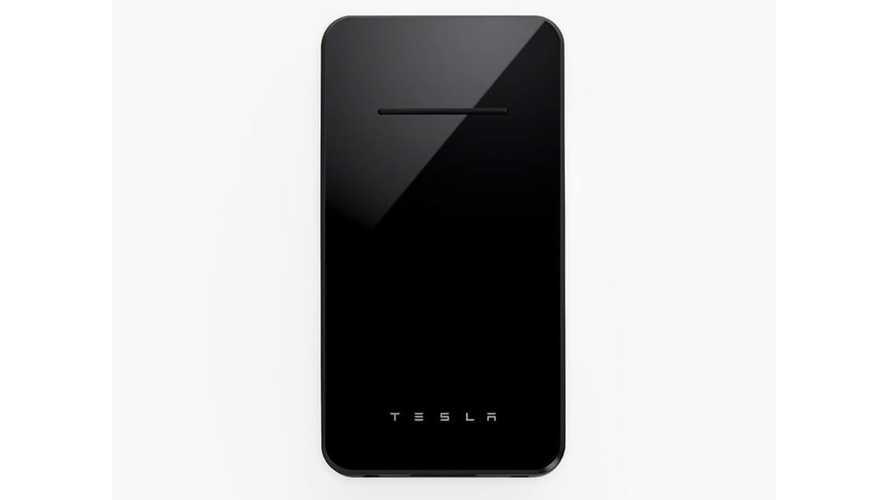 Interestingly, this product was called a wireless charger, but it doesn't charge your car.

***UPDATE: A recent article by Business Insider states that Tesla has now confirmed this product sold out. We have no idea why it was completely removed from the website rather than marked as "SOLD OUT," but that's what has been reported. The report states:

"A Tesla rep confirmed that the chargers sold out but could not comment on how many units were sold or whether they would go back on sale."

The above detail may make no difference now since the Tesla Wireless Charger disappeared from the Tesla Shop about as quickly and quietly as it appeared. Nonetheless, the product was meant to charge your mobile phone.

Tesla recently released its third product in a series of novelty mobile phone chargers. Last year, we shared the Tesla Powerbank and the Tesla Desktop Charger (which looks like a mini-Supercharger). Both products were priced at $45 and came complete with one 18650 cell and 3350mAh capacity. You can get similar non-Tesla products on Amazon for about $20.

This week, Tesla released the Wireless Charger, which was priced at $65, offered more capacity than the previous products (6000mAh), and was able to be used wirelessly. However, strangely, when we tried to retrieve the Tesla Shop page to cover this product, it had disappeared. Perhaps it will return in the near future ... just in time for the holidays? In the meantime, you can get a non-Tesla wireless mobile phone charger for about $40.

The original product page is still accessible via a web cache version tracked down by Android Authority. You can check out all of the details below:

The Tesla Wireless Charger is a 6000mAh (22.2Wh) battery-powered inductive charging pad that features the same design language used in our energy products, like Powerwall. In addition to wirelessly charging your device, you can also power up your phone with the integrated USB-C cable. For non USB-C devices, use the USB-A port to plug in any USB-A charging cable. The built-in USB-A cable can be used to charge your Wireless Charger from any USB port.

Available in Black and White. Qi Certified and compatible with all inductive charging capable smartphones.

Charge Wirelessly: Set your Qi enabled phone on the wireless base. Press and hold the power button for 3 seconds to activate wireless charging

Charge On the Go: Plug your phone into the integrated USB-C cable. For non USB-C ports, use the USB-A port to plug in any USB-A charging cable

Charge the Internal Battery: Use the built in USB-A cable to charge your Wireless Charger from any USB port.

Note: The Tesla Wireless Charger cannot currently be shipped to Alaska, Hawaii or Puerto Rico due to freight restrictions.