UPS Rides In Tesla Semi: Seems Impressed By Its Smoothness 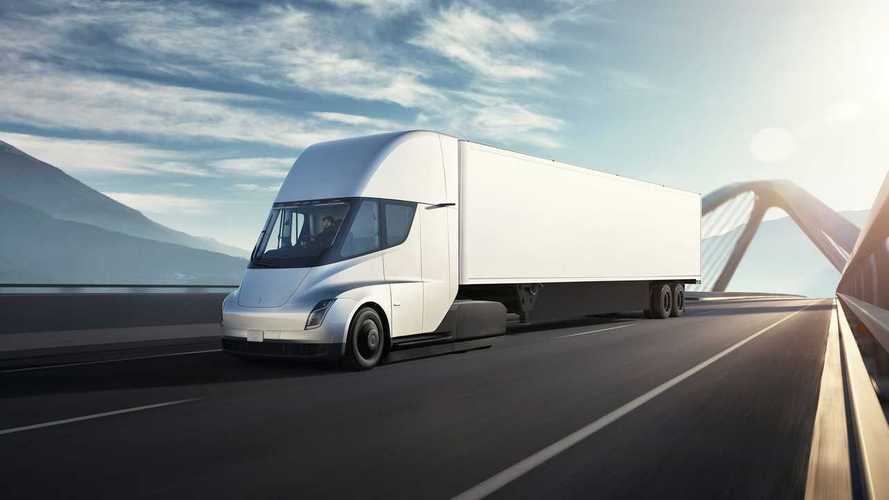 The Tesla Semi is on tour and UPS is pretty geeked.

Over the course of the last few weeks, we've shared several stories of Tesla Semi sightings in various locations. Recently, the Tesla Semi visited J.B. Hunt's headquarters in Arkansas. Following that stop, it made its way to Addison, IL (some 600 miles away) to provide UPS employees with a first up-close look, as well as test rides. UPS currently holds a reservation for 125 Tesla Semis, which is one of the largest orders to date.

@IllinoisUPSers posted some images and videos of the Tesla Semi to its Twitter account. As you can see, the event was a hit and the employees seemed enamored with the vehicle's ride quality. Additionally, Tesla’s VP for Truck and Programs Jerome Guillen was on hand for the experience.

Tesla drove their electric tractor to Addison so #UPSers could check it out! How cool is that?! pic.twitter.com/lQ5h8ldNQq

Shining it all up before the rides begin. pic.twitter.com/ueQeJ4x74n

That Tesla tractor is one smooth ride... #electricvehicles #susty pic.twitter.com/bobY6Wfrpr

Now that the behemoth is out on a public tour, onlookers have shared on Twitter that Tesla employees have been more than willing to allow tours of the semi. The automaker has also answered questions without hesitation and given permission for people to take pictures freely. This wasn't the case early on. It seems we'll be seeing and hearing a lot more about the Tesla Semi in the near future.

At my local supercharger today charging like a BOSS! So amazing in person, doesn’t disappoint! Thank you to the gracious knowledgeable @Tesla engineers who chatted with me... $TSLA $TSLAQ @elonmusk pic.twitter.com/55jVgQteAd

It's made it to Chicago! Rolling Meadows supercharger! Very nice guys answering every question and taking pictures for people who brought there families to see a semi? pic.twitter.com/rLrWWhQeQe