Mercedes Assumes Fake Name To Make Off With DHL Streetscooter 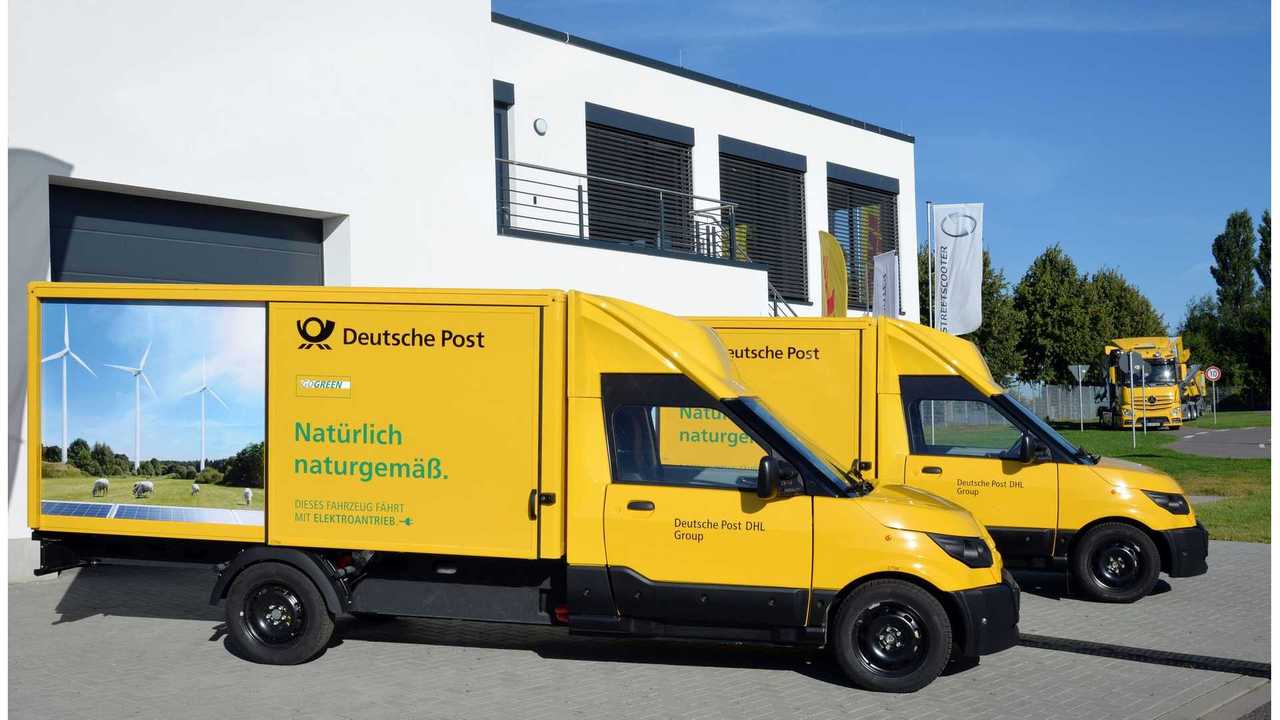 Deutsche Post DHL tracked down its StreetScooter in Daimler's lab

Deutsche Post DHL's all-electric vans, called StreetScooter, are currently the top-selling BEVs in Germany, so it's not strange that the automotive industry is jealous.

A few months ago, the company held a demonstration event for potential customers, showing the van. According to German newspaper Der Spiegel, Daimler/Mercedes under a fake company name took one of these vehicles outside of trial area... but because all of the vehicles were equipped with GPS, Deutsche Post DHL quickly found the StreetScooter en route to the Stuttgart-based company's lab. The vehicle was apparently recovered from the factory. Hilarious! And was surely embarrassing for Daimler.

DHL Wants Its 3,000 Electric StreetScooters In Germany To Be Autonomous - Video

According to the report:

"Last spring Daimler/Mercedes, the world’s number one truckmaker, was caught with its pants down by the Deutsche Post DHL Group. During a testing day organised by DP-DHL, which was presenting its self-developed electric van, the StreetScooter, one of its vehicles being trialled by potential customers went way outside the test drive area, with its GPS showing it was en route to Stuttgart.

What happened? Apparently Daimler/Mercedes – using a fake company name to claim they were a nursing service provider – hijacked the vehicle and took it to their testing lab. But, as Der Spiegel reported, the GPS system betrayed them. DP-DHL went to Stuttgart, knocked on Daimler’s factory door, and took their e-van back."

Moreover, the article says that Daimler didn't even apologize for a claimed "a common procedure". Well, someone should send this news to Elon to add some redundant GPS for Semi trucks, as a heist of Tesla's Semi might be on the minds of some automakers.