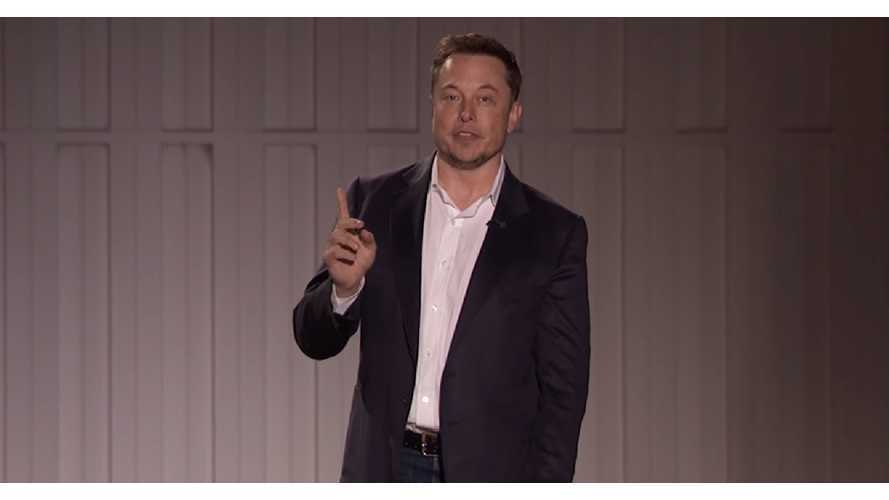 WHO HAS KIDNAPPED THE REAL ELON MUSK?

After Tesla’s last earnings report, it really felt as if a corner had been turned. The company says (and Evercore ISI analyst George Galliers has corroborated) that it's on track to sustain a production rate of 5,000 Model 3s per week, and to gradually increase that. Two independent teardowns have indicated that Tesla should have no problem earning a profit on each Model 3 sold, paving the way for profitability and dealing the short sellers and other naysayers a crippling blow.

Above: Elon Musk and the Tesla Model 3 (Image: Teslarati)

This welcome bundle of news should have put the company’s image, and stock price, firmly on a slow but steady upward trajectory toward, and beyond, its former high point. Unfortunately, the earnings news was quickly overshadowed by Elon Musk’s impulsive privatization plan, and recent emotional and immoderate public comments.

In retrospect, taking Tesla private wasn’t a bad idea per se. The company’s long-term vision has never been a good fit with the stock market’s three-month timelines, and its dependence on the stock market for funding has made it a target for enemies both financial and ideological (Henry Ford saw things in a similar light 100 years ago). However, Musk’s decision to drop this bombshell without going through the usual channels, and apparently without consulting key board members, was hard to defend. The hasty reversal of TSLA’s rocket-fueled rise following the announcement demonstrated how skeptical people were of Musk’s “funding secured” promise. Some also expressed reservations about handing over partial control of the company to such a controversial player as petro-state Saudi Arabia.

From left to right: A look at the Tesla Model 3, Semi, Model S and Model X (Image: Tesla)

After all the drama, Musk decided to reverse course, issuing an announcement that Tesla will, after all, remain a public company. Tesla's board, of course, concurs. On the one hand, Musk wrote, "my belief that there is more than enough funding to take Tesla private was reinforced during this process." On the other hand, "while several big carmakers approached Tesla about funding a deal, people familiar with the discussions said, there were issues... Mr. Musk, proud that Tesla’s cars are made in America, did not want to let foreign interests dictate his decisions about manufacturing," reports the New York Times.

Here’s what’s puzzling to long-time followers of Musk’s career: His recent actions seem like those of someone who isn’t familiar with how financial markets work, and Elon is anything but that. This is the guy who created one of the first internet mapping applications and sold it to national newspapers; who built a company that revolutionized online payments and sold it for $1.5 billion; who convinced venture capitalists to finance not one but two Quixotic enterprises, and made them rich; who took Tesla public and oversaw its explosive growth, when a host of financial experts said it couldn’t be done. At every step of the way, Musk’s financial acumen has been one of the keys to his success. Who has kidnapped the real Elon Musk, and where in the Solar System have they hidden him?

Above: More on Musk's decision to back away from his privatization plans for Tesla (Youtube: Wochit News)

Some investors believe answers lie in Musk's recent emotional interview with the New York Times. However, there wasn't really much new information revealed here. Musk-watchers already know he’s had a hellish year, and it doesn’t take a psychology whiz to guess that the pressure has affected his emotional well-being. We know very well that Musk is a passionate person, who cares deeply about his companies. This was not the first time he’s choked up in an interview, and hopefully it won’t be the last - his passion is an asset, not a liability, as long as he can keep channeling it in the service of his lofty goals.