Two entirely different vehicles, take on each other in a petrol versus electric battle

The Jaguar I-Pace and the Bentley Continental GT are two very different vehicles. While both are a product of British automotive engineering (and some German smarts), they are powered by totally different powertrains.

The crew at carwow decided to pit them against each other in a drag race, giving us a new taste of old meets new. 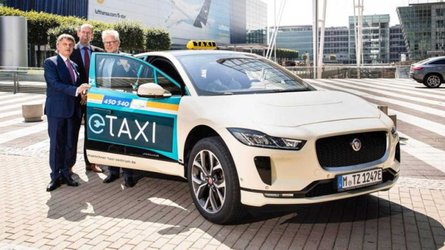 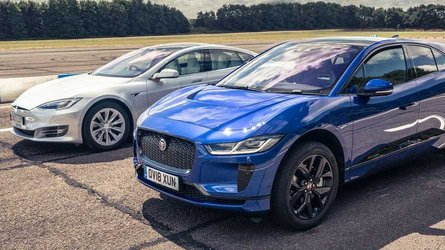 The Bentley Continental GT is an exquisitely crafted, 6.0 liter, twin-turbocharged W12 powered behemoth of luxury. Thanks to an eight-speed dual-clutch gearbox, it does 0-62mph (0-100km/h) in just 3.7 seconds and delivers a phenomenal top speed of 207 mph (333 km/h). The Jaguar I-Pace, on the other hand, features something completely different.

The Jaguar I‑PACE is the British car company's first pure Battery Electric Vehicle (BEV). Promising both a thrilling experience to look at and drive, the I‑PACE is dubbed by the carmaker as "the ultimate all-electric performance SUV". The Jaguar I-Pace is powered by two electric motors. These deliver a combined output of 394 horsepower and 513lb-ft (696 Nm) of torque, promising instant torque and impressive acceleration. In turn, the I-Pace can sprint from 0-62mph (0-100km/h) in just 4.5 seconds. Its 90kW battery promises a range of up to 292 miles (470 kilometers).

The video above gives us a battle of two very different, albeit rather similar vehicles. Both cater to a customer base that wants great looks, impressive performance and an abundance of luxury. These two are definitely one or two price brackets away from each other, but comparing them makes sense.

So, who wins? The new-age electric-powered luxury SUV (Sports Utility Vehicle) or the old-school, refined and sophisticated monster with plenty to show?

You can find an answer to that question in the video above.

18 Photos
By: Vanja Kljaic
++
Got a tip for us? Email: tips@insideevs.com