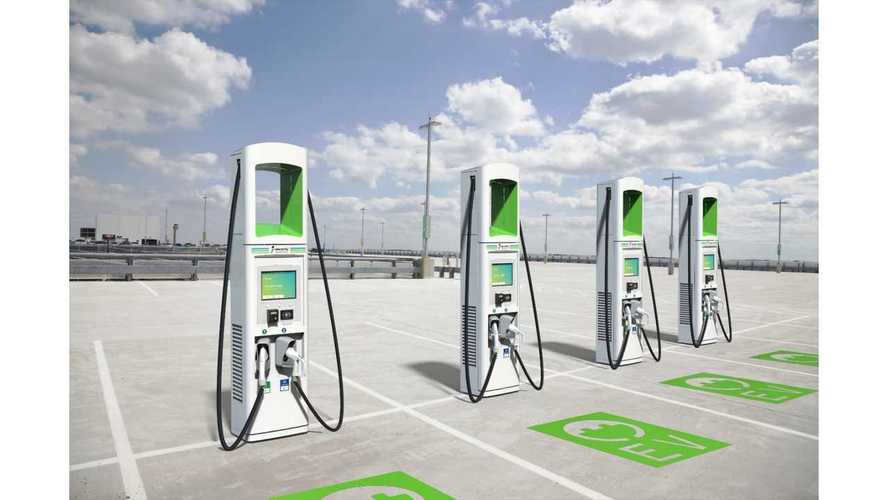 Since Electrify America (a program stemming from Volkswagen's Dieselgate scandal) opened its first ultra-fast charging station in the U.S. this Spring, the network has now expanded to 10 stations.

We were hoping for a little faster pace of installations than 2-3 per month, but maybe it will accelerate later this year as there are 2,000 chargers to be installed at 484 locations. This is still well short of the count of Tesla Superchargers (based on individual stalls) but it's progress in the right direction nonetheless.

Depending on location, there are several chargers at each station (between 3 to 6 chargers in metropolitan locations and between 4 to 10 at highways stations):

Here is the list of installed station and of course the map: For more on how Electrify America will fund the U.S.'s charging infrastructure, see our detailed post here.
++Share