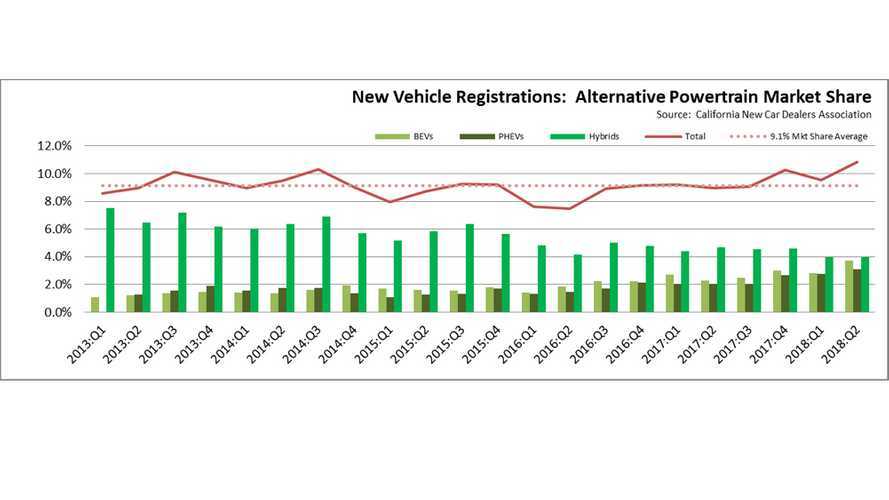 Around 430,000 plug-in electric cars were sold to date in California

In the past quarter, sales of plug-in cars in California amounted to 35,466, which represents 6.9% of the total volume and growth of 58% year-over-year, according to the California Center for Jobs and the Economy.

Interesting is that hybrid cars are on the downward trend both in terms of volume (-15%) and market share (4.0% compared to 4.7% year ago).

"The growth in PEV sales share in this quarter is the result of two key factors:

Source: California Center for Jobs and the Economy via Green Car Congress