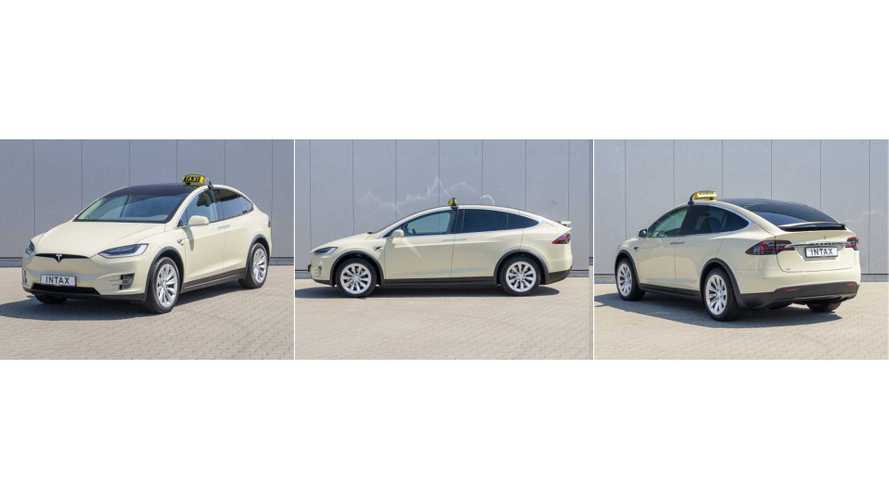 Not a bad way to monetize your Tesla, that's for sure.

The German retrofitting company Intax is now offering taxi conversion kits for the Tesla Model X. Following the successful launch of their Model S retrofit kit, they followed up with a solution that allows any owner to turn his Model X into a taxi vehicle.

From the information available on the website, the package contains items covering all necessary German laws and requirements. Even though we mostly associate the Model X with Uber or Lyft services, there's still a large volume of taxi services worldwide, offered through the legacy public transportation way.

More about Teslas used as Taxis

UberOne Will Add 50 Tesla Taxis In Dubai This Week

According to the price list available on the website, the Taxi-Paket (what the company calls it) will cost you 2,790€ for a single vehicle, including the rather gnarly beige color, called Eifbein, a light ivory-color introduced in Germany in 1971. Even though the regulatory body deemed fit to remove the beige color necessity for new taxis, most German taxi drivers are keeping it to achieve a unified look and visibility so well-known to customers.

Furthermore, the package contains the legally required taxi emergency alarm system, plugs for the taxi meters and the odometer, as well as the roof-mounted sign. You can either leave your Model X at Intaxi, or collect the entire kit and apply it yourself. Which shouldn't be a hard task to complete.

For both the Model S and Model X, the appeal of using them in a taxi and shuttle service is already rather known. Many are used in conjunction with an autopilot, serving as vehicles for loop type services throughout the United States. In Europe, we mostly see them as the higher-end taxis. They are used at airports and city center locations, providing an efficient and luxury way of shuttling across the busy city streets.

The appeal of topping up a Tesla Model S at a Supercharger - of which some are conveniently located near airports - makes both of these models a relatively cheap taxi solution to run. There is no better showcase for this than the large Tesla Model S taxi fleet in service in Graz, Austria. These taxis rely upon the perfect geolocation of the Supercharger (located at a nearby Tesla dealership). Since the city is small, both the Supercharger and the airport are easily accessible, allowing taxi drivers to top up their vehicles seemingly for free while using them for their core business.