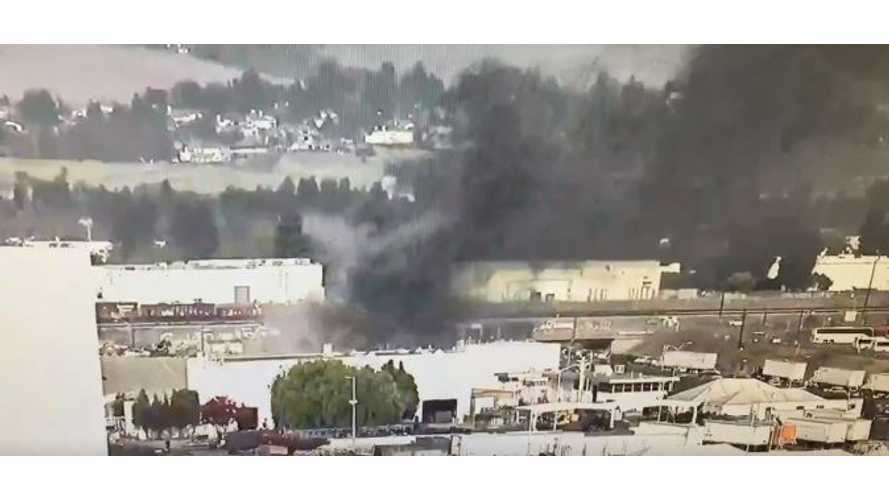 A fire broke out less than an hour ago in a cardboard pile. No injuries, no building damage.

The local fire department was on scene at the Tesla factory and now reports that the fire has been extinguished.

What follows are various Tweets on the incident:

Tesla IC reporting outbuilding also now involved but no exposures beyond that building towards rear, setting up an elevated master stream on the cardboard. #Tesla https://t.co/AkW08a7sdt

#Tesla IC requested an addl engine as the cardboard fire has spotted into a grass field w/ slow ROS. They had another fire @ the Tesla Factory in late June, was also some kind of cardboard machine on fire in a large tent structure. #Fremont

Fire at #Tesla is extinguished. pic.twitter.com/HSt7RNrBK3

I was just there. Cardboard being prepped for recycling along southern fence line caught fire. Super appreciate fast response by Fremont fire dept! No injuries or damage to factory.