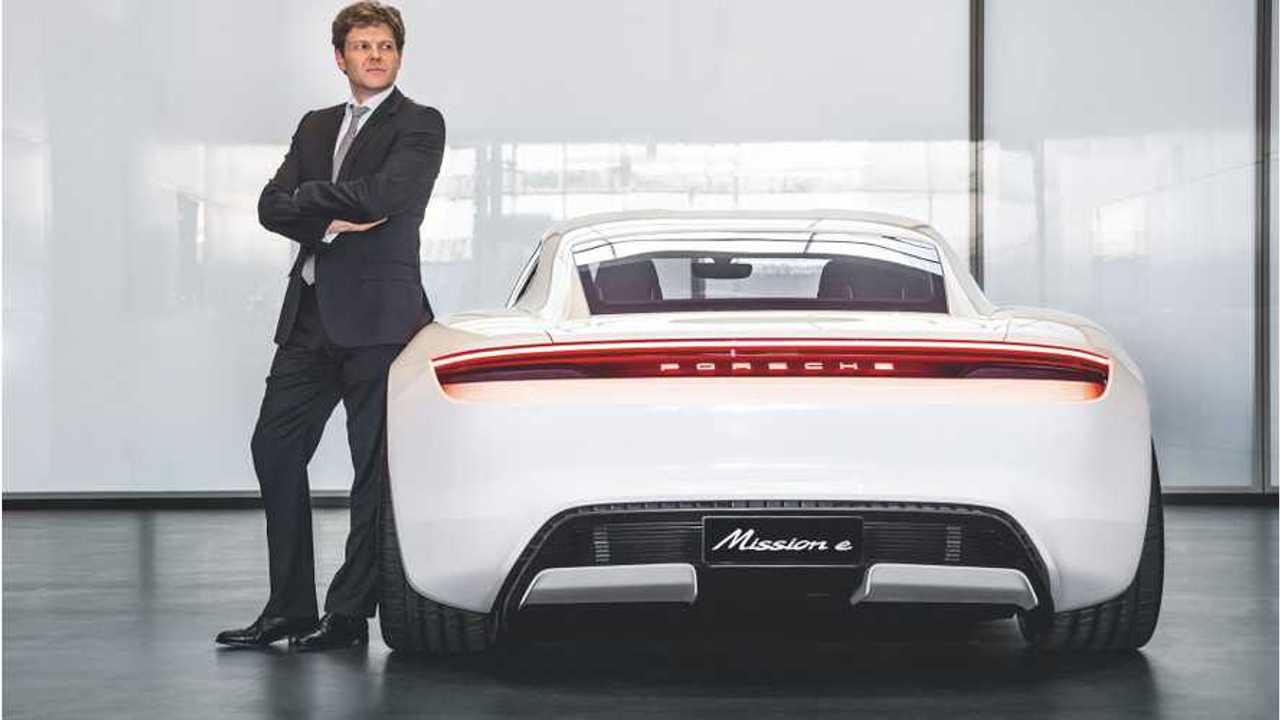 The Porsche Taycan is one of the most anticipated electric vehicles that is set to hit the market in the coming years. After all, it's developed by Porsche, a company who's simplistic eternal values revolve around luxury, comfort and driving dynamics.

Ever since the first Porsche 911 was revealed, the German car maker always made strides to instill those core values into every car they make - even the lumbering Cayenne and the more luxury-oriented Panamera. And now, it's time for the company to embrace the electric revolution.

More about the Porsche Taycan

The first purely electrically driven Porsche is set to usher a new era of motoring. But, it needs to do it while staying true to the sports-car brand’s classic values. In order to dive deeper into the forthcoming model, giving us a better understanding of what both Porsche and Taycan stand for, the company posted an interview with the man in charge of the Taycan development, Stefan Weckbach.

He talks about several items ranging from the ever budding success of EVs, Porsche's own electrification strategy and the virtues that both set the company apart from every other car maker and which they want to instill into the Taycan.

You can read the full interview right below.

Mr. Weckbach, electric cars have been anything but a sales success so far. Has the Taycan arrived too early?

Its time has come. Electromobility already enjoys a long tradition at Porsche. As early as the Paris Exposition in 1900, Ferdinand Porsche presented the Lohner-Porsche, an electric vehicle with a range of fifty kilometers. Since 2010 Porsche models have existed as hybrid variants, starting with the Cayenne and followed by the Panamera. Porsche plug-in hybrid variants have been available since 2013. This makes us the first manufacturer in the premium segment to have offered plug-in models. There’s now a second generation of plug-in hybrids on the road that can travel up to fifty kilometers on electric power alone. With the 918 Spyder, we showed what’s possible when a sports car’s V8 naturally aspirated engine is complemented by two electric synchronous motors on the front and rear axles. Now, with the Taycan, we’re taking the next logical step by launching a purely electric vehicle that fulfills our expectations without compromise.

Electrification is a significant part of our product strategy, which comprises three pillars. The first pillar is represented by the puristic sports cars with internal combustion engines, while the second is made up of our hybrid vehicles. The third pillar, the fully electric vehicles, points the way to the future. This triad means that we can cover the entire market spectrum and satisfy all our customers’ requirements.

Is it possible to bestow classic Porsche virtues on the Taycan?

It was clear from the beginning that an electrically powered Porsche—like every other Porsche model—must be the sportiest vehicle in its segment. Even as an electric car, a Porsche must fulfill the expectations of the market—in its longitudinal and lateral dynamics, for instance. It’ll clearly be a Porsche at first glance, because we’ve transferred the design DNA of Porsche to our future electric vehicles. You can be sure that the Taycan will satisfy Porsche standards in every respect—from the selection of materials and individual components to the quality of the overall vehicle.

Will new virtues be added to the Taycan?

The Taycan drives like a Porsche, looks like a Porsche, and feels like a Porsche; it just happens to have a different type of drive. Even an electric sports car can be puristic and highly emotional. We don’t consider that a contradiction. On the contrary, with the optimum drive technology and the right vehicle concept, the Porsche characteristics can be brought even more to the fore. Take the under-floor battery, for example. It gives the Taycan a very low center of gravity, even lower than with the 911. In combination with optimum weight distribution between the axles, this means that the Taycan is a very sporty design, even in its basic concept.

But not the Taycan, in which two measures ensure consistent performance in all driving situations. On the one hand, the traction motors we’ve chosen are permanently excited synchronous machines that offer high long-term output, thereby ensuring that performance is reproducible. This means that you can accelerate powerfully not just once but several times in succession. The same applies to driving at a consistently high speed. On the other hand, we’ve developed a smart cooling system that prevents possible loss of performance due to extreme heat build-up by always supplying cooling power to just those components that need it.

To be suitable for everyday use, electric cars must offer sufficient range. That means that they need relatively heavy batteries, which is detrimental to performance. How have you solved this conundrum?

One central question in developing the Taycan was: “Where is the optimum balance between range and performance?” Theoretically, all you would need to do is put a large battery in the car to offer a generous range. But that wouldn’t be a typical Porsche approach, simply on account of the heavy weight involved. Our solutions are in line with the concept of “intelligent performance,” which we’ve also transferred to the Taycan. This means that we can attain an electric range of more than five hundred kilometers while still keeping the weight as low as possible. Two important components are the power density of the electric drive and the high level of efficiency. This means that the E-motors themselves are very lightweight, while the increased efficiency and resulting low power consumption allow us to deploy smaller and lighter batteries. In developing the Taycan, we also worked very intensively on perfecting the aerodynamics and really fought for the thousandth part of every cw measurement. Thanks to this, we were able to push air resistance to the lowest possible value.

Porsche is forging its own path with the 800-volt architecture for the drive and the battery. What are the reasons for this?

I’m not sure that I’d say that we’re forging our own path. Instead, I’d say that we’re the first to take the right path for meeting our requirements. An electrically driven Porsche not only needs to drive fast; it also needs to be charged fast. The 800-volt technology allows enough electricity for a range of around four hundred kilometers to be charged in about fifteen minutes, which is approximately half as long as today’s common systems take. The higher voltage also means that we can design a lighter and more compact electrical system with smaller cable diameters and a more efficient package. That’s our understanding of “intelligent performance.”

No, an 800-volt system doesn’t present any difference in terms of safety from the 400-volt system that has long been in use in plug-in hybrids and electric vehicles.

Will Taycan drivers find enough places to charge their vehicles?

Porsche—in conjunction with other automobile manufacturers—is currently establishing a quick-charging system for electric vehicles along Europe’s most important traffic corridors. By 2020 a network of over four hundred charging stations should be in place. The high-voltage booster we’re working on will also allow the Taycan to be charged at 400-volt stations. Our sports car will thus offer downward-compatible charging options.

What excites you most about this car, personally?

We’ve been testing the prototypes for quite a while now and have driven them many, many kilometers. The very first vehicles, in an extremely early phase of development, were already showing the driving characteristics you’d expect of a Porsche. They drove so sportily and reacted so directly that we felt right at home from the beginning. And a lot has happened since then.

When will we officially see the Taycan on the roads?

Porsche will present it at the end of 2019. And I can reveal this much already: it won’t be just an electric vehicle. It’ll be a Porsche.

Gallery: EV Boss Says Taycan Is A True Porsche Inside & Out