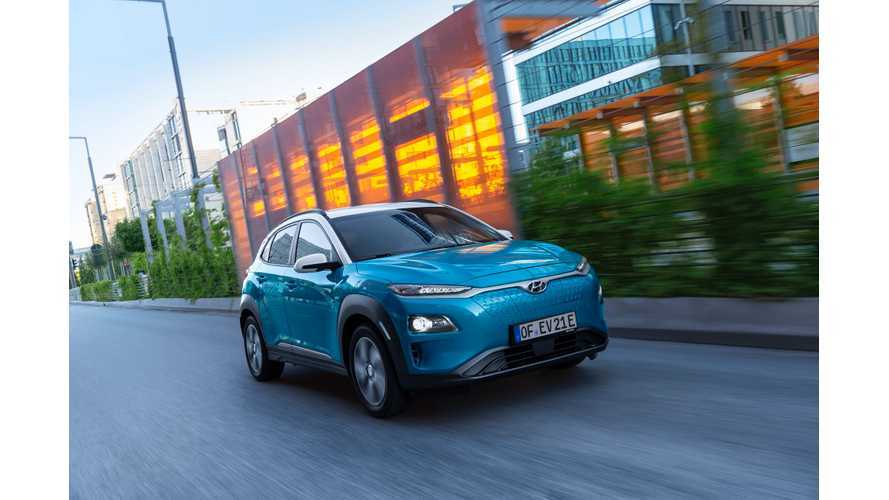 As time goes on, the number of more affordable EVs grows. However, when it comes to long range, there are still very few options. This is especially true outside of vehicles made by Tesla, which are more expensive and not necessarily geared toward the mass auto-buying public. Hyundai and Kia are aiming to change that, with an assortment of electric vehicle offerings. One such offering - the 2019 Hyundai Kona Electric - will be available in the U.S. soon and offers an impressive EPA-rated 258 miles of range.

The Kona Electric features a 64-kWh lithium-ion battery pack. This is a mere 4-kWh larger than the battery pack in the Chevrolet Bolt EV, which was the non-Tesla range champ before the Kona Electric was officially rated by the EPA. The extra energy gives the Hyundai 20 more miles of range than the Bolt. The Kona Electric also beats the Bolt in MPGe, albeit marginally.

According to the EPA, both vehicles will cost about $550 per year to charge (assuming 15,000 miles) and save you $5,000 in fuel costs over five years compared to the average new vehicle. Lastly, both cars expend 28 kWh per 100 miles.

The Kona Electric makes 201 horsepower and is only available with front-wheel drive. According to Hyundai, it takes 54 minutes to charge using a 100-kW DC fast-charger. At 50-kW, it will pull it off in 75 minutes. If you choose to use its onboard 7.2-kW charger, you're looking at about nine hours and 35 minutes.

Soon, two more vehicles will arrive that share the same platform and battery as the Kona Electric. The Kia Niro EV is already on sale in Korea and will hit our shores in early 2019. Additionally, the all-new 2019 Kia Soul EV is coming soon. It's also built on the same platform, though all-wheel drive may be available.

Look for the Hyundai Kona Electric to arrive in the U.S. before the end of this year. Pricing has yet to be announced, but speculation puts it around the same price as the $37,495 Chevrolet Bolt EV.