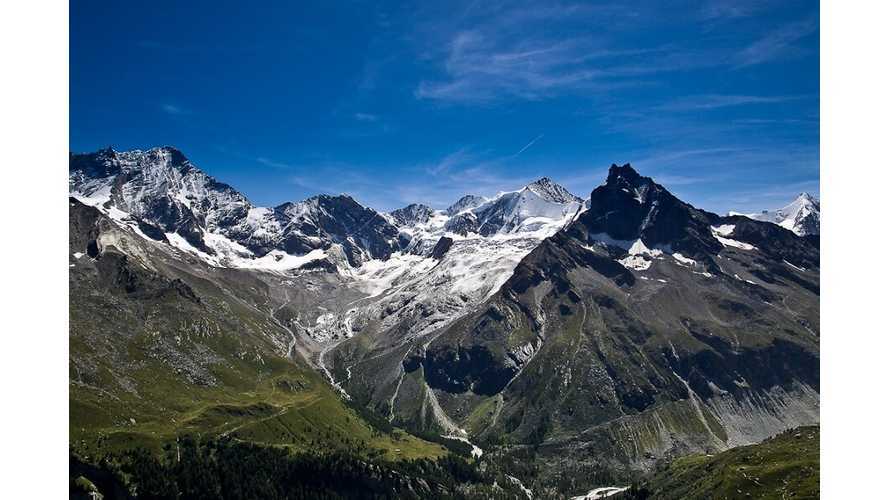 SWITZERLAND FAR BEHIND EUROPEAN NEIGHBORS IN THE EV RACE

Switzerland is a green country in more ways than one - it boasts the world’s second-densest public transport network (after Japan), and solar panels are far more common than in many sunnier climes (Florida, for example).

Above: Tesla Club Switzerland organized a road trip up the mountains (Twitter: Tesla)

When it comes to electric vehicle adoption, however, Switzerland has fallen far behind other European nations such as Norway, the Netherlands, France, the UK and even Germany, which belatedly introduced a modest rebate program. EV sales are growing at a modest pace - the BMW i3 is currently the most popular model, followed by the Tesla Model S (according to EV Sales). However, while a few individual cantons have pro-EV measures in place, the Swiss federal government has none.

The Swiss love their cars every bit as much as Americans do, and in recent years they’ve fallen for SUVs in a big way. According to the trade group auto-schweiz, the market share of 4x4s grew from 25% in 2008 to over 48% in 2018.

As is the case in several countries, consumers’ love affair with SUVs has derailed efforts to meet previously agreed-upon emissions reduction goals. In a 2017 national referendum, the Swiss opted for an energy policy that limits CO2 emissions of new cars to an average of 95 grams per kilometer by 2020. However, auto importers are far from reaching that goal and moving in the wrong direction. In 2017, the average was 134 grams/km, an increase over 2016.

Swiss Energy Minister Doris Leuthard (who drives a Tesla Model S) recently convened a round-table discussion with representatives of the auto industry and environmental groups, where it was agreed that, in order to meet the country’s emissions target, the market share of electrified vehicles (plug-ins and hybrids) needed to grow from the current 2.7% to around 15%. However, Swiss policymakers have been unable to agree on any measures whatsoever to make this happen.

The Swiss federal government has soundly rejected the idea of purchase incentives. Meanwhile, the country’s auto lobby has introduced a couple of measures that will allow importers to exceed the emissions standards without incurring fines (between 2015 and 2017, auto importers paid around 18 million Swiss francs in fines). Jürg Grossen, a member of the Swiss Parliament for the Green Liberal Party (and also President of the organization Swiss E-Mobility), recently proposed eliminating the loopholes and earmarking part of the money collected from fines for investments in charging infrastructure. The Swiss Parliament nixed both proposals.