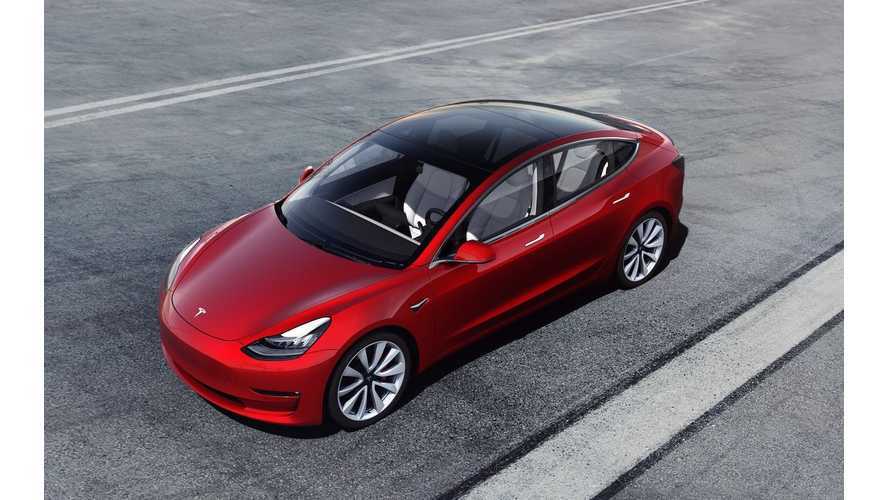 After crossing the 5,000 unit milestone, Tesla seems to be upping production even more by the day

Ever since Tesla announced the Model 3, there's been a lot of ups and downs. When launched, literally hundreds of thousands of people lined up to buy it. Most actually made deposits in order to reserve the vehicle. This yielded the best opening day for any product on the market of this kind, ever.

More about the Model 3 production numbers

Currently, the tool estimates that Tesla has manufactured 75,041 Model 3s so far. According to the data available within the tool, Tesla is building approximately 6,278 Model 3s per week. These figures represent the best-educated guess we can have on the model output.

Keep in mind that the tracker is not accurate when it comes to daily or even weekly current output, but rather, long-term estimates. Also, even if Tesla did have a week that exceeded 6,000 units or a day that would extrapolate to that over time, this doesn't directly correlate with sustained production. Moreover, as the end of the month is nearing, we always need to keep in mind that production and deliveries are two very different things.

Back on July 2nd, Tesla reported that the company produced  5,031 Model 3s over a weekly period - the first time it passed the 5,000 unit milestone. This seems a rather impressive increase over that figure and hopefully, means that the production woes experienced by the carmaker at their Fremont facility are now well in the past.