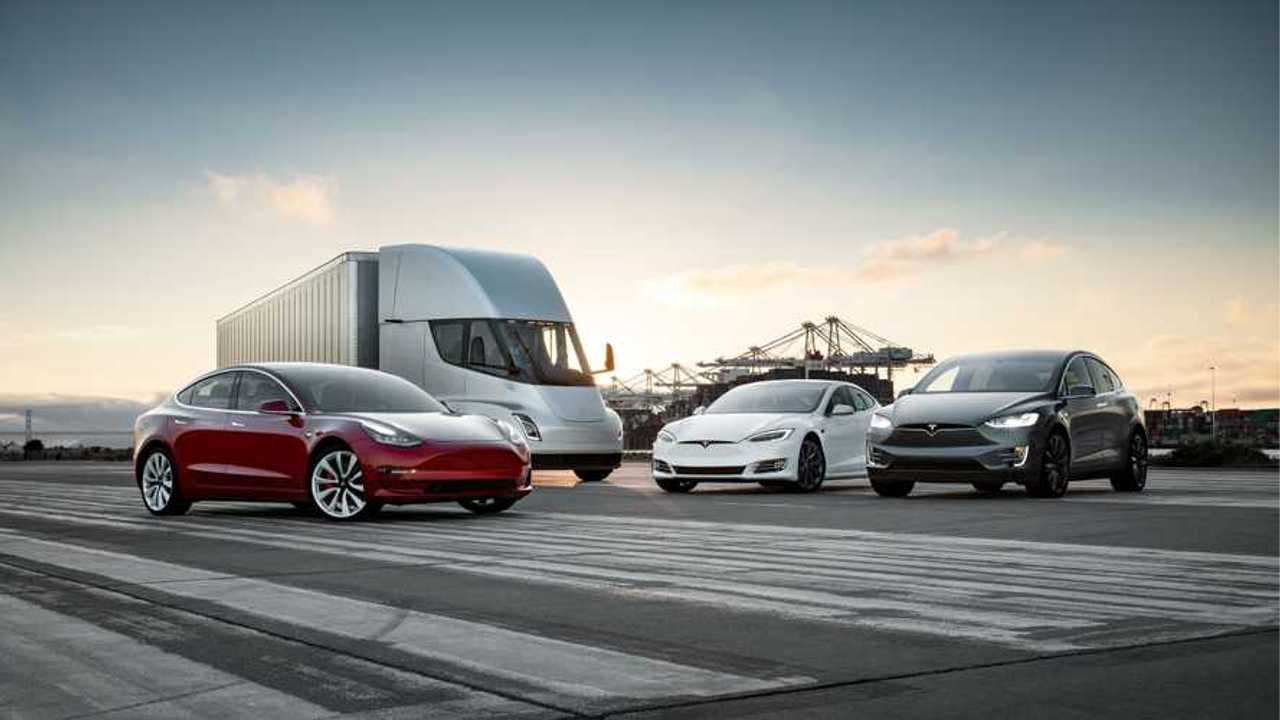 FUND MANAGER: I'LL TELL THE BOARD HOW TESLA'S STOCK COULD GO TO $4,000

Cathie Wood is founder and CEO of ARK Invest, an exchange-traded fund (ETF) company. Its ARK Innovation ETF was recently named "ETF of the Year" returning an impressive 87.4% in 2017 and just crossed over a billion dollars in assets under management. Weighing in on Tesla, Wood recently discussed her outlook on the Silicon Valley automaker.

***UPDATE: As promised, Cathie Wood published the open letter and sent it to Tesla CEO Elon Musk on Twitter. To read the letter in its entirety, follow the link in the tweet:

Thank you for the thoughtful letter

CNBC reports that Wood thinks "Tesla stock could go to $4,000 per share...  she plans to send a letter 'today or tomorrow' to Tesla's board, outlining how she gets to that lofty number."

"Our conviction has increased recently because of their new chip. We think they're three years ahead of any other auto manufacturer," Wood said, also citing Tesla's advanced battery technology. And there's plenty more upside for Tesla according to the team at ARK.

So what might this letter to Tesla's board say? Check for clues in ARK's recently published research. Teased on the company website, ARK's Tasha Keeny says, "ARK believes that analysts may be overlooking Tesla’s largest addressable market – autonomous mobility-as-a-service (MaaS)." And, "what we believe gives Tesla an edge is its data set and validation system given by its vast customer fleet... once Tesla launches the Tesla Network, its autonomous ride-hailing network."

So how big is the overall market opportunity? Keeny notes, "We estimate that net revenue for autonomous platform providers – those companies that own the software technology stack for autonomous ride-hailing services – should exceed $2 trillion by 2030, roughly equal to our expectations for automaker revenue at that time... In fact, ARK estimates autonomous platforms will be worth more than the entire $4 trillion global energy sector."

Above: Model S at a Tesla Destination Charger (Image: Tesla)

Who'll take the lead here? Keeny notes that "While Tesla’s autonomous progress is out of public view because of the way it tests its technology, its massive data library suggests it could have a lead in autonomous driving. While Google, GM, and others use fleets of autonomous test vehicles, Tesla is able to leverage its customer fleet to test Autopilot features in shadow mode, by running software in the background with no direct impact on driving, feeding valuable information back to Tesla."

What about Google's efforts (via Waymo)? Keeny adds, "It’s fair to assume that Tesla has collected billions of miles of data from its customer fleet, compared to the millions of miles that Google has been able to rack up. Tesla’s fleet size also could provide a more robust system to test features compared to Google’s hundreds of test vehicles."

So when can we expect full self-driving capabilities from Tesla? According to Keeny, "Elon Musk has said that a fully autonomous version of Autopilot will be available in 2019. Given Musk’s history of stretch goals, perhaps this will translate into a 2020 or 2021 launch." That said, "Elon Musk has a history of making the once-impossible possible, we wouldn’t put it past him."