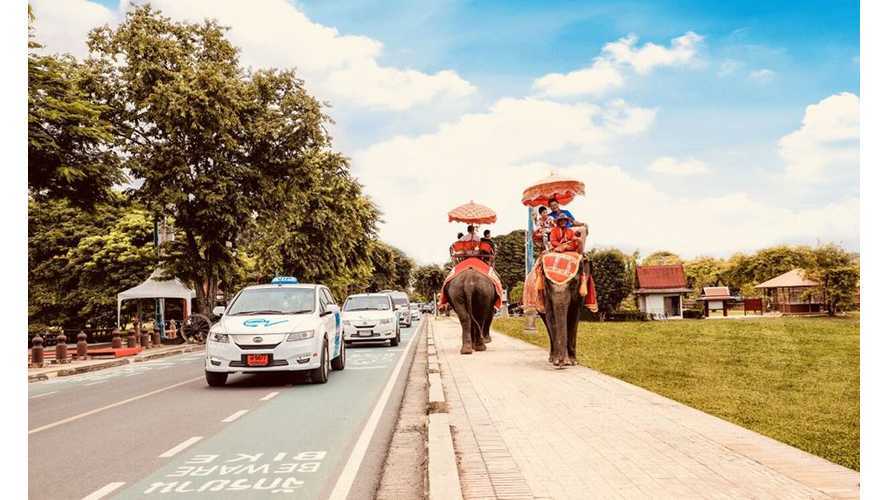 Bangkok, Thailand is upgrading its taxi fleet to electric

On August 16, BYD delivered 101 e6 electric taxis to Bangkok, which will enter service right away across Thailand. It's the biggest taxi fleet supplied by BYD outside of China.

Taking into consideration that there are now some 236 electric cars registered in the country, BYD just captured some 42% market share. The e6 is rated at up to 400 km (250 miles) of range with a two-hour charging time.

Nissan To Bring The New LEAF To Thailand

Cloud-Based Battery Swapping Is Now A Thing For EVs

According to the article, soon the number of BYD's taxis in Thailand could increase to 1,000!

Thailand will soon have its first fleet of electric taxis running on its streets, and if everything goes well, more will be on their way."