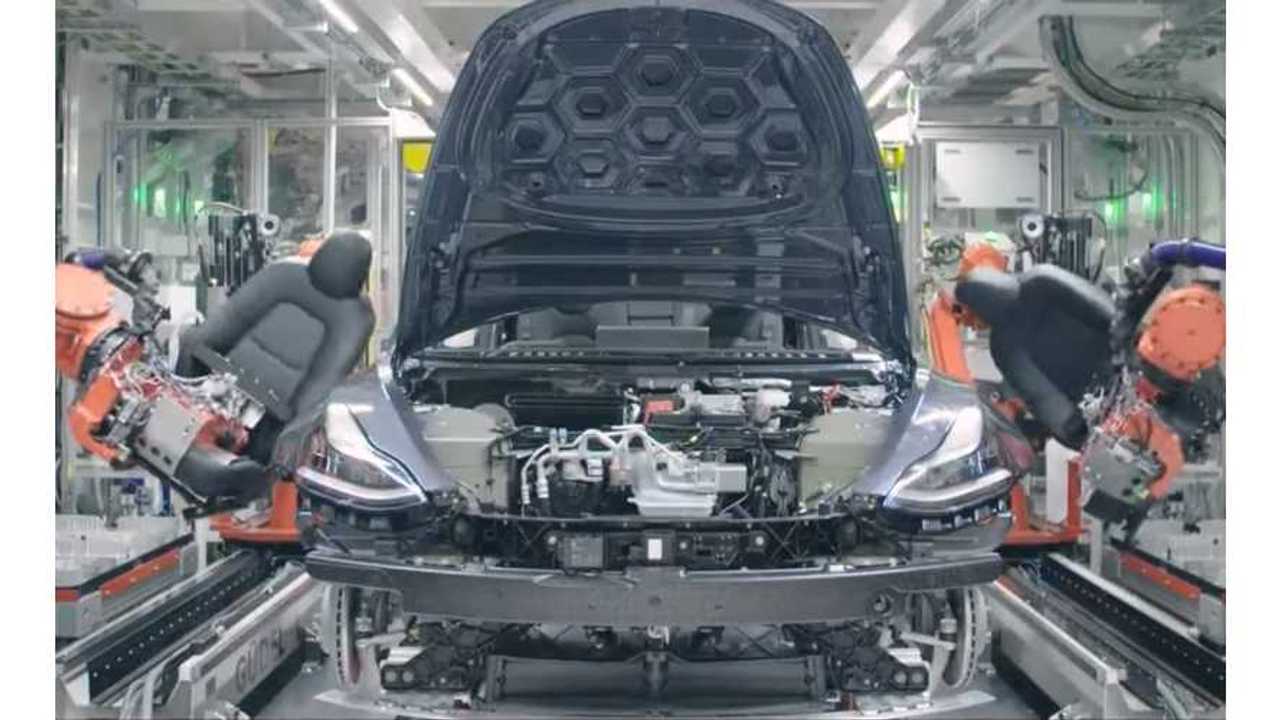 Tesla says most issues were minor, however.

In the last week of June, Tesla was under a lot of self-induced pressure to reach a goal of 5,000 Model 3's / week. With all hands on deck, the company was able to hit that goal. Although according to internal documents, Tesla had to rework over 4,300 Model 3's produced during that week.

The average rework time per vehicle was 37 minutes. This would give a first pass yield (FPY) for the week of 14%. 86% of vehicles coming off the line needed some type of correction or completion. Certainly when reworks are needed at this scale, productivity and labor hours per vehicle will be heavily impacted.

A competitive plant will pass 80%-plus vehicles that do not require repair. I would say the average plant is about a 65-80% range.

It's a direct impact on their labor productivity if they have to add additional labor hours for repair.

A representative for Tesla would not specifically address the FPY for the period. However, they did stress that a rework most often includes minor or cosmetic issues. The majority of vehicles reaching the end of the production line do not have significant problems.

Since Business Insider was only leaked data for a single week during the end of quarter rush, it is likely that this was a major outlier compared to the typical week. According to Tesla, labor hours per Model 3 produced has decreased ~30% in Q3 compared with Q2.

Our goal is to produce a perfect car for every customer. In order to ensure the highest quality, we review every vehicle for even the smallest refinement before it leaves the factory. Dedicated inspection teams track every car throughout every shop in the assembly line, and every vehicle is then subjected to an additional quality-control process towards the end of the line.

Business Insider states that the most common reason for rework was a "failed manual task". This does not necessarily mean a failure of line workers. Delays from one part of the line could be passed along to the next step. Incorrect parts from suppliers or misbehaving robotics could have also factored in. Tesla would not discuss specifics, however.

Musk says he is always looking to improve the manufacturing process. Sometimes Tesla attempts a new solution to an old problem only to fall back on more traditional manufacturing processes. As other automakers have come to realize, the more complex the robotics the more likely they are to fault.

Since Model 3 production began, Tesla has been fine tuning what processes are carried out by robotics and what is done manually. Tesla has hit 5,000 units / week more than once since June and analyst George Galliers believes 8,000 / week is possible "with very little incremental capital expenditure".