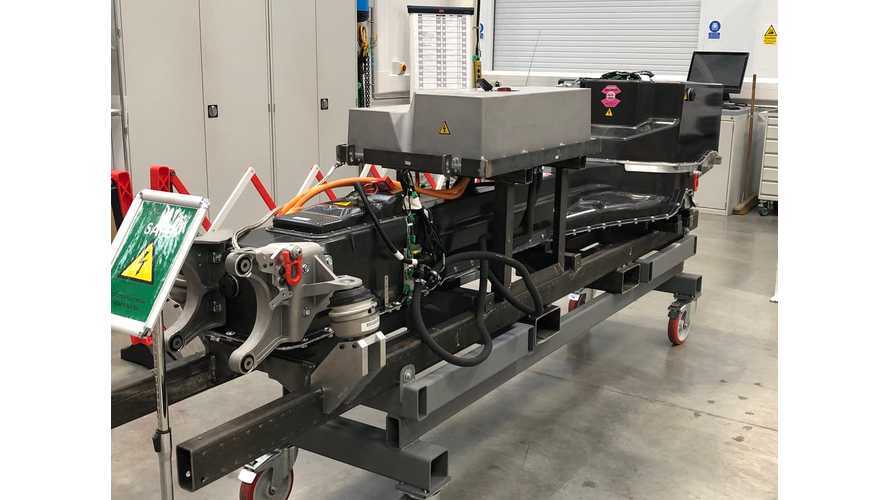 All we have is a tweet right now, but this is a pretty huge deal.

President and Group Chief Executive Officer at Aston Martin, Andy Palmer has officially revealed the first production intent battery for the automaker's upcoming Rapide E. He says that it's an 800-volt system with the potential to be the first of its kind when the car arrives to market. Aston Martin plans to bring the car to production next year, with deliveries of some 155 copies prior to the end of 2019.

Aston Martin CEO: Rapide E In A League Of Its Own Above Tesla

A significant step forward on @astonmartin road to zero emission capability. This is the first production intent battery for the RapidE, Aston’s first EV. The significance is it’s also an 800v system, likely to be an industry first when launched to 155 lucky customers at end 2019 pic.twitter.com/UVmselGbCg

Palmer goes on to say that more information is yet to come. We sure hope so! He does reveal that the intent is for the RapidE to "have the ability to a have usable performance for laps of Nurburgring and a top speed of 155mph." Palmer also confirms that kinetic energy and regenerative braking will be at work in the automaker's upcoming (and first ever) EV.

The CEO has said in the past that the Rapide E is geared toward electric vehicle buyers that are looking for "something above Tesla." As more information becomes available, we will keep you updated. At this point, we only have rumors and speculation about the car's anticipated specs, which include 800 horsepower and about 200 miles or range.