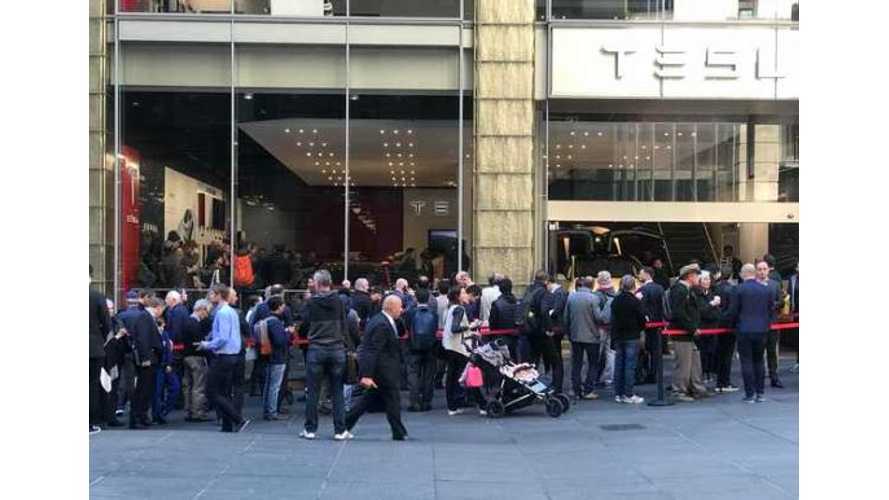 Its debut in Australia reminds us of years ago when orders opened in the U.S.

As we detailed recently, the Tesla Model 3 is making its grand debut in Australia. We knew it would be a hectic affair, but we didn't expect lines wrapped around buildings like we witnessed back in 2016.

Turns out our expectations were wrong.

There were and still are lines...

It's surprising to see such a turn out for Tesla in Australia, a nation that's yet to really catch onto the electric car bandwagon, but perhaps the Australians were simply waiting for the 3's arrival before joining the revolution.

Whatever the case may be, those eager to buy a Model 3 in Australia still have quite the wait ahead. Note that the display vehicles are still left-hand-drive Model 3s, which aren't suitable for use in Australia.

Latest word puts the launch of official sales in Australia in late 2019, though we know how Tesla often says one thing in regards to vehicle timing and the reality ends up not matching the promise.