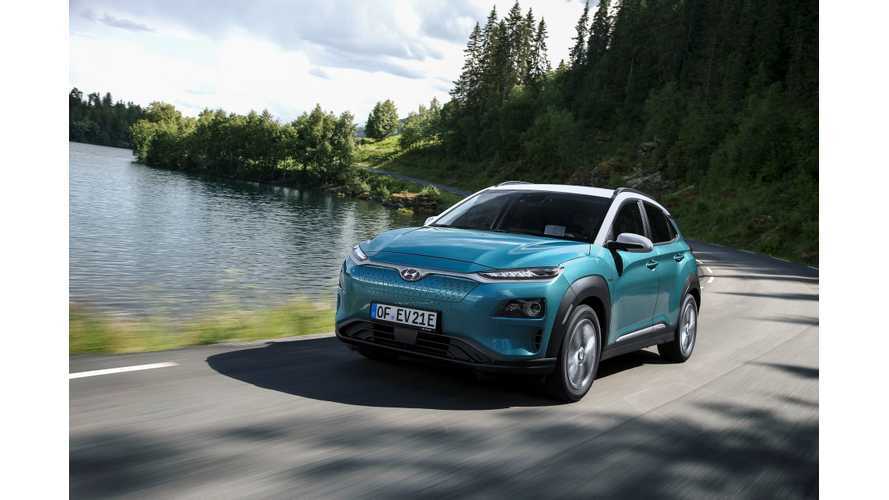 The Hyundai Kona Electric will go some 258 miles per charge, according to figures just released by the EPA.

The Kona Electric rated by the EPA is equipped with a 64-kWh battery. We don't expect the U.S. version of the Kona Electric to be offered in the smaller capacity 39.2-kWh format. Here's a look at the ratings from the Agency:

That range number places the Kona Electric near the top among electric vehicles offered in the U.S. and will surely make it an enticing vehicle.

We still don't have U.S. pricing info for the Kona Electric, nor is there a firm on-sale date available at this time, but with these figures now official, it's launch has to be right around the corner.

One last note we should toss out there is that demand for the Kona Electric abroad already far exceeds supply, so we expect this to be a low-volume offering for quite some time after its launch until Hyundai can increase production.